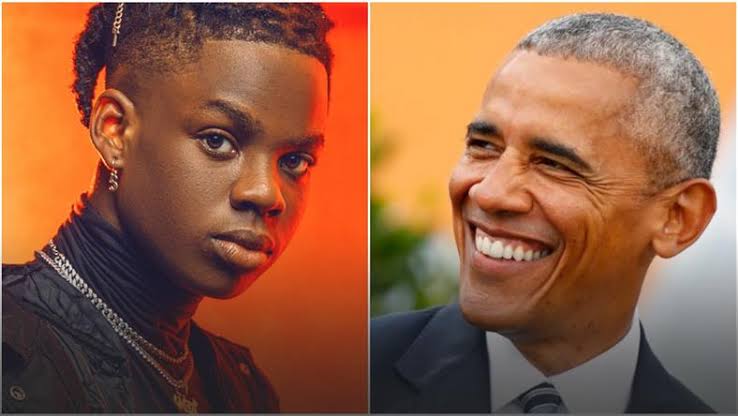 The former US President took to his Twitter page and shared a list of 44 songs he and his wife, Michelle were bopping to this summer.

Rema’s ‘Iron Man’ was spotted on number 42 on the list as he appeared to be the only Nigerian on the list. Obama wrote:

“With summer winding down, here’s a sampling of what Michelle and I have been listening to — some new, some old, some fast, some slow. Hope you enjoy.”

With summer winding down, here’s a sampling of what Michelle and I have been listening to — some new, some old, some fast, some slow. Hope you enjoy. pic.twitter.com/BS5ri1lvxz