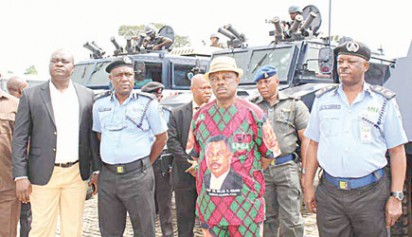 Members of the Anambra State House of Assembly have reportedly rejected Toyota Prado SUVs from the state government as their official vehicles, preferring instead, the locally manufactured Innoson Jeep so as to save cost.

We gathered that the Speaker of the House, Uche Okafor, who was the first to be offered the jeep rejected it, saying he would not drive it until a collective decision of the house was reached and obtained on the matter.

The lawmakers were said to have argued that it is an unnecessary waste of funds to purchase the Toyota Prado Jeeps for 30 members of the house, which will cost the state almost N1billion, when a similar vehicle produced by Innoson Motors Limited, Nnewi, would cost much less.

“We are complaining of delay in the provision of our statutory allowances and other entitlements by the state government and somebody is contemplating the purchase of Toyota Prado Jeeps to the tune of almost N1bn.

“This is an unnecessary waste of funds when a similar vehicle produced by INNOSON Motors Limited would cost less.

The chairman of South East conference of 2019 APC House of Assembly candidates, Mr. Afam Ezenwafor said they had it in good authority that the state government had concluded plans to purchase the Prado Jeeps for the state lawmaker. He said:

“We are addressing you all on behalf of the lawmakers because of its implications on the All Progressives Grand Alliance Lawmakers who are in the vanguard of encouraging locally made goods so that they do not become victims of witch-hunting by the power above in Awka.

““The market price for 2018 model of Prado Jeep for the 30 members of the state Assembly is about N33 million each and I wonder why about N1 billion of Anambra State fund should be taken outside the shores of this country, instead of using it to purchase Innoson IVM SUV Jeeps for the House members at a much lower cost.

“We cannot be talking of ‘Aku lue uno’ (Support for local industry), without patronizing our local investors. In fact, the Speaker of the House, Mr. Uche Okafor should stop the planned purchase of SUV Prado Jeeps and ask the governor to rather get Innoson Jeeps for them.”

When contacted on the telephone, the Deputy Chief Press Secretary to Governor, Emeka Ozumba said, “There is no cause for alarm”.

He added, “The executive and legislative arms of government have continued to enjoy harmonious relationship.

He asked the public not to panic about the situation, adding that more often such stories were false and unfounded. 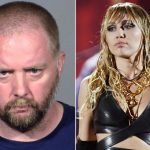