Governor of Ebonyi State, David Umahi has disclosed that he’s a very rich person, noting that he became a billionaire at the age of 25 because of hard work and commitment to duty.

The governor made the disclosure while interacting with the leadership of Abakpa main market in Abakaliki on Thursday, October 10, 2019.

He debunked social media reports that he owns shops at the market and built his house within one year. He added:

“I work very hard, I am not a poor person but a very, very rich person. You can’t use the state’s money and still do all these things (projects) we are doing, I don’t have any shop or any interest in the market.”

The governor also said rescinding some of the decisions on the relocation of the traders from the market was due to the intervention of the Christian Association of Nigeria (CAN).

He also announced that the Abakpa market would now be designated and called Ebonyi Fruits and Vegetable Market.

“We presently have a special assistant on the market, the structures that are still strong are going to be renovated.

“The traders have two options: it is either you renovate it to our taste and become landlords or we do it on our own and you are no longer the landlord,” he added.

Umahi also announced that due to the intervention of CAN, the government had changed the date of the trader’s relocation to the state’s international market to Jan.10, 2020 instead of the original Oct.15, 2019.

He also ordered that some of the shops that were hitherto sealed in the market and re-opened be re-sealed due to the owners’ reluctance to withdraw their lawsuits against the government.

“The same applies to the such traders at the building materials market as we will enter into appearance with those who took us to court,” he added.

Meanwhile, Governor Unahi has ordered his security aides to shoot anyone who attempts to block his convoy, noting that if such gunshot results to death, it is still within the law.

The governor issued the order while narrating how his convoy was blocked while on his way back to Abakaliki, the State capital from his Uburu, Ohaozara home. 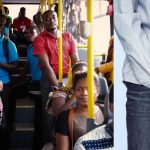 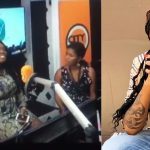