The Indigenous People of Biafra (IPOB) has slammed Ebonyi State Governor, David Umahi, for going against his people because he has allegedly been promised the position of vice-presidential in 2023. 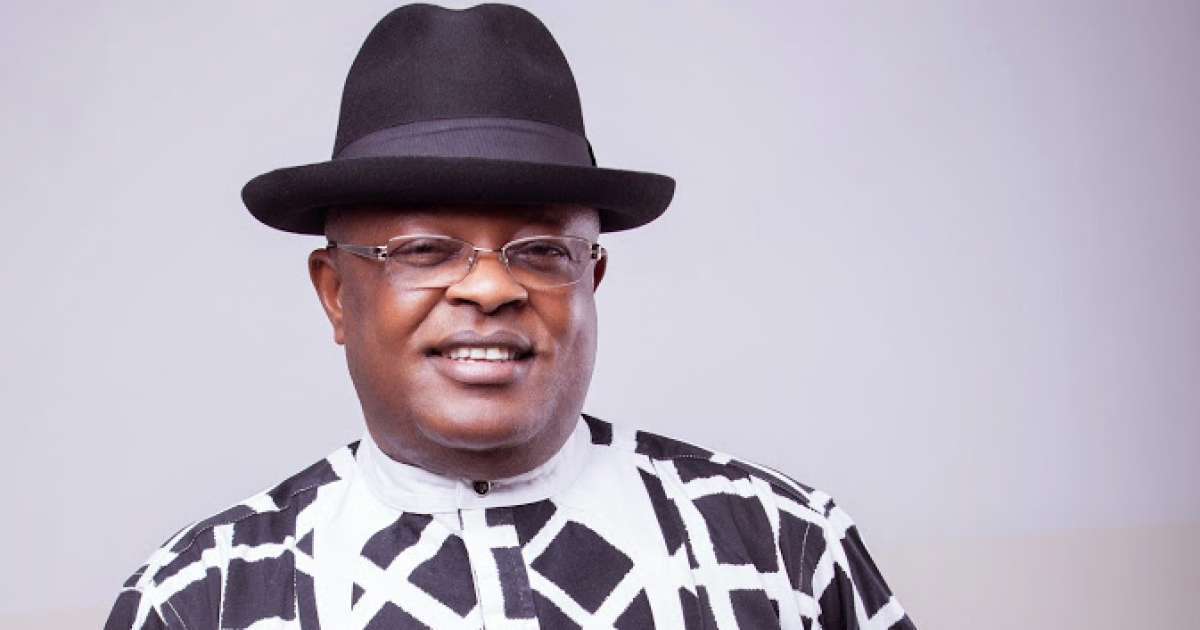 IPOB stated this in a statement issued on Tuesday by its Media and Publicity Secretary, Emma Powerful, while reacting to an order by Governor Umahi for the arrest of innocent locals who reportedly exposed the atrocities of Fulani herdsmen in Ebonyi communities.

The group labelled Umahi’s actions as foolishness and madness, saying the governor chose to eat with the oppressors of his people because of his vice-presidential ambition in 2023.

“The media report of the statement credited to Governor Dave Umahi of Ebonyi State, where he reportedly ordered the arrest of innocent locals who had in a viral video exposed the latest atrocities of Fulani terrorist herdsmen in Ebonyi communities, is madness taken too far,” Powerful disclosed in the statement.

“Although we are not surprised at such treachery, it defies logic that a sitting governor will rather choose to dine with the oppressors of his own people just for the derisive promise of an illusory vice-presidential candidacy to a Fulani presidential candidate in 2023. What a shame!

“We the Indigenous People of Biafra (IPOB), ably led by our great leader Mazi Nnamdi Kanu, therefore, wish to warn Governor Umahi against the grave implications of his actions.

“Declaring law abiding citizens wanted simply because they exposed and confronted foreign terrorists in Ebonyi State is worse than terrorism itself. It only goes to show that Umahi and other eastern politicians know more about the incessant killings, rapes and other atrocities in Ebonyi communities by Fulani herdsmen and terrorists than they are willing to admit.

“It is the height of foolery that Governor Dave Umahi will support foreign Fulani terrorist herdsmen against his own people that voted for him. Does Dave Umahi not know that our mothers for years now have been afraid of going to their farms for fear of being raped by Fulani terrorists and other evil activities of Miyetti Allah?

“Governor Umahi is only courting the wrath of the people by choosing to swim against the tide. For deciding to sabotage the efforts of the Eastern Security Network, ESN, personnel who are working tirelessly to rid Ebonyi State of killer herdsmen and terrorists, Umahi has declared himself an enemy of the people. And he should be ready to face the consequences of his treachery.

“Governor Umahi is fully aware that the same Fulani killer herdsmen he is protecting have recently renamed Agbabor community close to Uburu town in Onicha Local Government Area to Aruu. What has he done to reverse this affront? Instead of hiding his face in shame that terrorists are now renaming Ebonyi communities under his watch, Umahi is busy threatening patriotic Biafrans who are merely exposing the atrocities of Fulani herdsmen in their communities.

“We, therefore, advise Governor Umahi and his Miyetti Allah handlers to make sure nothing happens to citizens of Ebonyi State who are within their rights to share the said video. Biafrans will hold him and his family responsible should any harm befall any individual as a result of his wish to serve his Fulani masters.

“We also warn traditional rulers and President Generals recruited by governors in the South-East against ESN personnel to retrace their steps, otherwise they will eternally regret their action,”he said.

KanyiDaily recalls that Governor Umahi had spoken about the viral social media video, where northerners were allegedly being evicted from Ebonyi State.