Ebonyi State Governor, David Umahi said that the proscribed Indigenous Peoples of Biafra (IPOB) cannot speak for the people of the South-East. 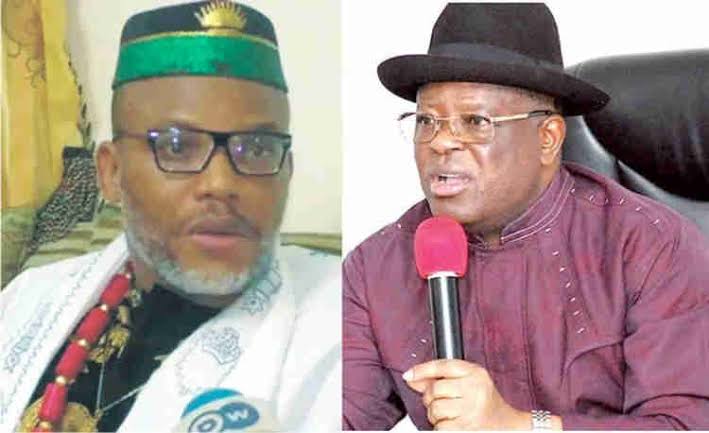 The governor stated this during a visit of Southeast governors to their counterpart in Rivers State, Nyesom Wike in Port Harcourt, on Tuesday.

Umahi, who is the Chairman of the South-East Governors’ Forum, said IPOB can’t represent the interest of the region because Ndigbo do not support criminalities.

“We can claim here and show leaders back home that all we read in the social media from your own account are all lies. We did not come to verify your claims. You did not report to us.

“I lived in Rivers State for a very long time. My six children out of seven were all born here in Rivers State. We have never had any form of discrimination here. We must call a spade a spade.

“We have 11.5million Igbos living in the North. We have three million Igbos that are of voting age in Lagos State, not to talk about other parts of this country. And somebody wants to start a war for us so that the Igbos will be slaughtered.

“During the civil war, we lost three million Igbos. Most of them were killed when they were running away from the North back to the Southeast. Everywhere you go in this country, you see our infrastructure. Think about the percentage of the infrastructure of Ndigbo in Lagos and in Abuja. Who brings war upon itself?

READ:  Dangote Reveals How He Withdrew $10 Million From The Bank, Just To Look At It [Video]

“Why I am telling you this is that we should be wise not to support what is wrong. Let’s go back and tell ourselves the truth. What is happening cannot be said to be for Ndigbo. Those people are not speaking for us. What are you agitating for and you are destroying the properties of Ndigbo? Won’t that tell you that they are looking for something?

“They came to my state. The beautiful streetlights and beautiful infrastructures, you are destroying them. You are burning tyres on the tarred road. Is it part of the agitation? Let us rise up and defend our name.”

KanyiDaily recalls that IPOB has been proscribed in Rivers state, and N50 million bounty has been placed on the group leader, Stanley Mghere.

READ:  44-Year-Old Man Kills His Four Children By Hanging After His Wife Asked Him For A Divorce 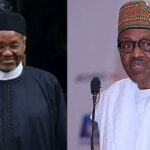 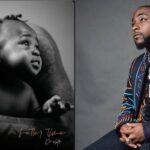