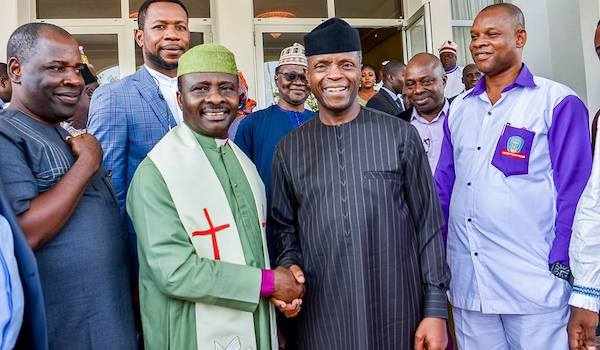 The Christian Association of Nigeria (CAN) has declared Vice President, Yemi Osinbajo, innocent of the alleged N90 billion fraud levelled against him by a former chieftain of the All Progressives Congress (APC), Timi Frank.

Speaking with journalists at the Christian Ecumenical Centre on Friday, September 27, 2019, the National President of CAN, Rev. Supo Ayokunle said that Osinbajo was innocent of the allegation.

He told newsmen that the church and all Nigerians were proud of Osinbajo and would fight for him.

“He has cleared the air that the allegation is baseless and there is no truth in it and that some people are plotting against him and he was ready to provide himself to be cleared.

“If there is an allegation there must be an evidence and that it can never happen and will never happen. The church and the entire country will fight for him,” he said.

Meanwhile, Osinbajo ordered legal action against Timi Frank for libel and malicious falsehood against him. He also declared his readiness to be probed, saying he was prepared to waive his constitutional immunity aside to allow for proper investigation. 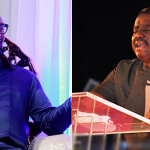 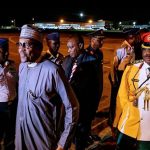