A young man identified as Bernard Otieno has shared a heart-melting photo that shows the unbreakable bond between a father and son.

The photo showed an unidentified young man, who was well dressed, striking a pose with his father who appears to be mentally challenged and unkempt for many years.

Sharing the photo, Otieno urged people never to run away from their parents, regardless of the disturbing situations they may be faced with.

“Never run away from your parents no matter the situation,” Otieno’s caption read.

Meanwhile, a 40-year-old man has narrated that he killed his 65-year-old father because he intended to use him for money rituals in Yingu village in Rijau local government area of Niger State.

READ ALSO
Plenty Pics From The Scene Of The Blast Yesterday! Warning Sight Aint Too Good 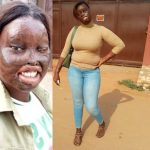 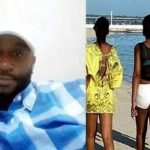