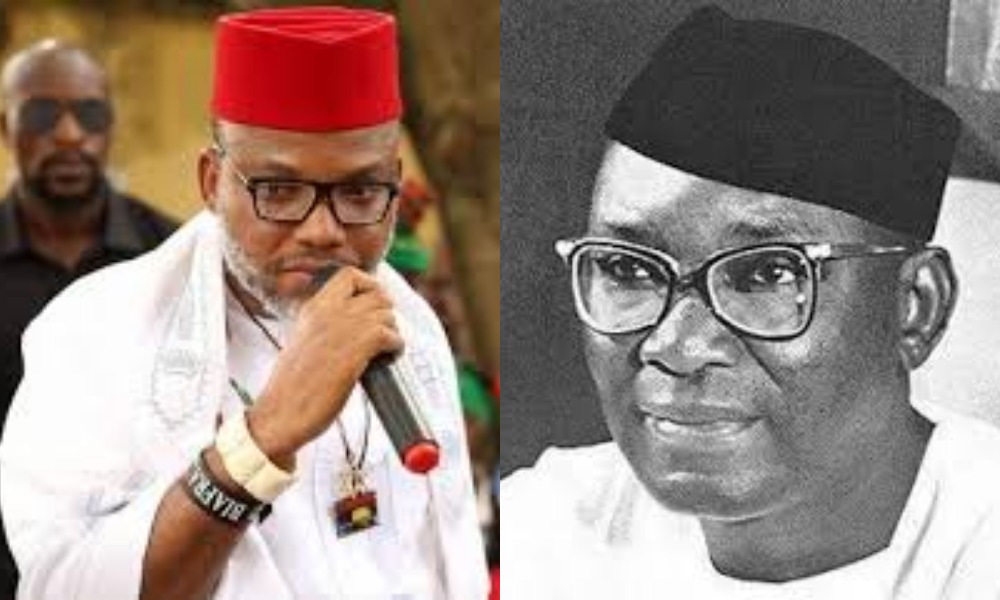 The leader of the Indigenous People of Biafra (IPOB), Nnamdi Kanu has faulted claims that the late nationalist, Nnamdi Azikiwe, was one of the greatest Igbos of his generation.

In a statement by IPOB spokesperson, Emma Powerful, on Monday, November 25, 2019, Kanu alleged that Azikwe started the problems Igbo people are currently suffering in Nigeria.

He recalled how Nnamdi Azikiwe appealed to the French government to stop sending aides to Igbos whom he described as “rebels”.

The IPOB leader wondered why some South-Eastern state would declare a public holiday to honour a man who sabotaged the Biafran struggle.

“Many have been led to believe that, Zik was in fact, one of the greatest Igbos of his generation but in reality, he was the problem that, Igbos still suffer today in Nigeria,” Kanu said.

“Just few days ago, it was discovered that Dr. Nnamdi Azikiwe (Zik) appealed to the French Government to stop sending aid to Biafra referring to our people as rebels. The same Zik while speaking to the press in London during the war and rebelled Chukwuemeka Odumegwu Ojukwu as a petty tyrant.

“Isn’t it ironic that, in spite of everything Zik did to sabotage our people’s struggle for freedom that, Governor Willy Obiano would declare a public holiday in Anambra State as to celebrate Zik’s birthday and thereby mocking the memories of those that, died during the genocide of 1967-70?

“The problem we have in Biafraland is that, the younger generation of our people who lack the true knowledge of history still refers to Zik as some human god whereas in reality, Zik was inspired by personal ambition according to Professor Chinue Achebe, in his book titled “THE TROUBLE WITH NIGERIA”.

“This is the mistake we are making with this current generation of governors, Ohaneze and Abuja based politicians. We never learn from history.

“Our people especially, the younger generation must stop patronizing the lies and propaganda regularly published on the pages of newspapers in a desperate attempt to keep Nigeria one at all cost and begin to carryout personal research as to independently discover the events that, occurred in the past.”

In other news, KanyiDaily recalls that Nnamdi Kanu had said that anyone who hates Biafra and is against the creation of the State of Biafra, can never make heaven.

According to him, the angels in Heaven speak Igbo language, stressing that those against the creation of the Sovereign State of Biafra are doing so to their own peril. 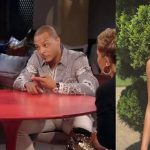 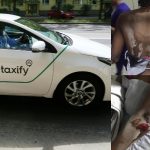