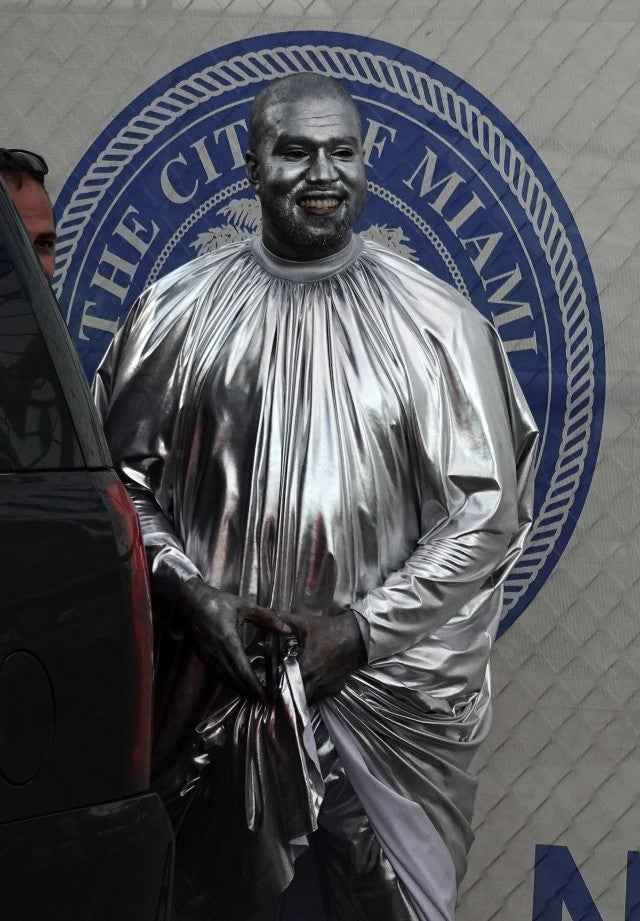 The rapper was spotted at Miami’s Marine Stadium for the debut ‘Mary’ opera performance.

He was also seen with several other performers, all decked out similarly in silver.

Kanye West was wearing a baggy silver one-piece dress-type-thing with silver paint covering his face, head and hound. He also wore matching silver socks and shoes, as he arrived at his event on the final day of Art Basel.

Mary is West’s second opera, following his first Nebuchadnezzar – which earned him rave reviews by critics. West served as the narrator of that performance, and featured musical performances by Peter Collins and Infinity’s Song.

Please Kanye I am begging you, I’m tired and defending you is hard enough as it is. pic.twitter.com/OY5wUIomLx

why is Kanye dressed like one of our parents pic.twitter.com/uuwIuUNd2r 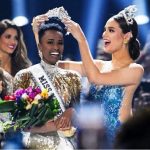 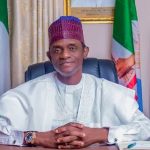