Saudi Arabian Government has officially announced that it has banned child marriages, making 18 the minimum age for weddings.

The minister of Justice and Chairman of the Supreme Judicial Council Sheikh Dr. Walid Al-Samaani issued the new directive in a circular sent to all the courts in the country.

Al-Samaani’s directives are based on paragraph (16/3) of the executive regulations of the Child Protection Law.

It says “before conducting marriage contracts one has to make sure that marrying a person under the age of 18 will not harm him or her and achieve their best interests, male or female.”

This means, any teenager below the age of 18 will from now on be referred to specialized courts that will assess whether they can get married or not.

These courts’ job is to study each child marriage case to confirm that the future spouse who’s under 18 years old, boy or girl, will not be harmed as a result of this wedding and that this union will be of the best interest to the youngster.

Before now, child marriages are commonplace in Saudi Arabia with one in seven girls marrying before the age of 18. But, Saudi Arabia’s justice minister has changed things up. 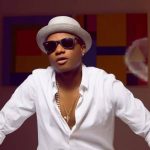 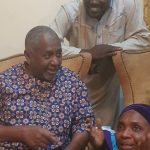