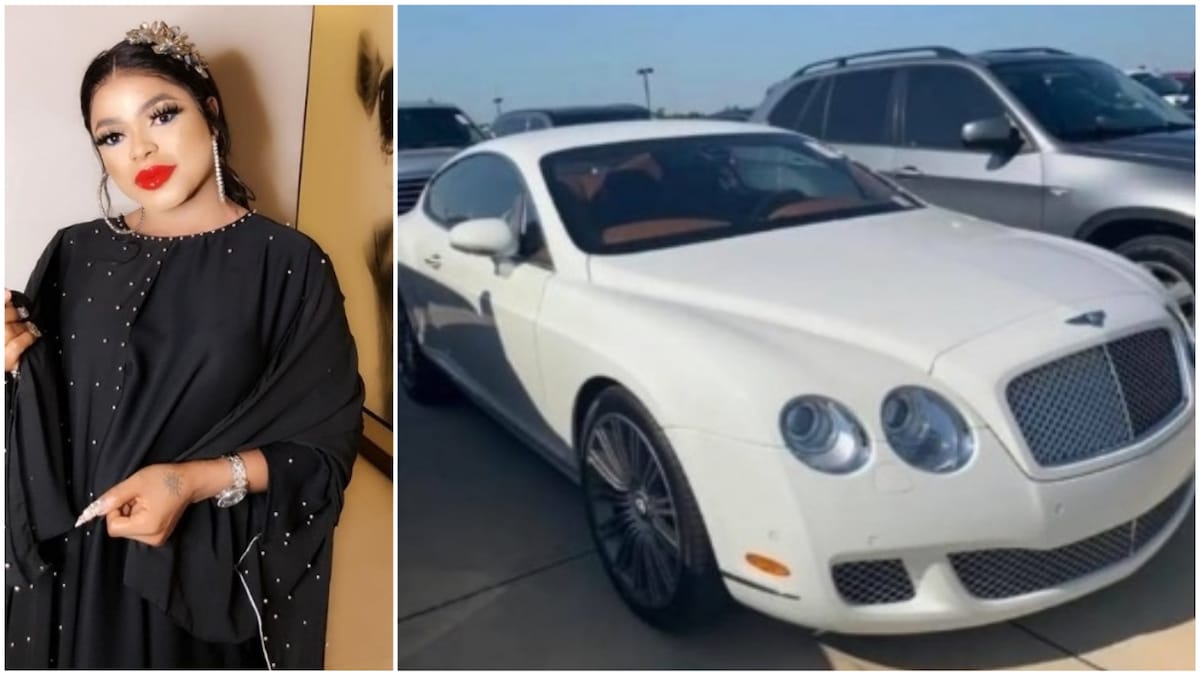 According to Instablog9ja, Bobrisky was picked up yesterday night, January 23, 2020, at his residence inside Bera Estate, Chevron Drive, in Lekki and taken to an unknown destination.

However, the officers who arrested him, brought him back this morning to move all his cars.

Unconfirmed reports suggest his arrest is in connection with his cross-dressing lifestyle which is heavily frowned upon in Nigeria.

A video shared by Instablog shows some armed policemen outside his residence as they move his cars. One of the officers was also quoted as saying, “we will turn him back to a guy.

KanyiDaily had reported how Police raided a nude party organised by Bobrisky which was said to have been attended by some celebrities, as well as cross-dressers and homosexuals at The Pearl Gardens in Lekki, Lagos.