The properties which are located at Plots 1, 3 and 5 Ilofa Road, GRA, Ilorin, was said to demolished in the early hours of Thursday after security operatives dispersed protesters, including aged women within the complex.

The state government had fix midnight for the demolition exercise to avoid a clash with Saraki’s loyalists who had been keeping a vigil in the area.

The demolition was carried out on authority of the State Government to pave way for construction of a Secretariat.

Ile Arugbo which used to be run by Saraki family was a go to place for the aged and vulnerable. pic.twitter.com/lyd2Efzsnm

BREAKING: 'Ile Arugbo' which Saraki's family illegally acquired from the @kwaragovt has been demolished.

*Ile Arugbo is an indictment of Saraki dynasty.

It will now be used to build Civil Service Secretariat Complex.#kwaralist #KwaraPropertyScam

Ile Arugbo is gone..
Kwara state is free from slavery..
Kudos! to Gov. @RealAARahman for his foresight.. pic.twitter.com/PADrxZW9Mu

Some who Dont even know any history about saraki and the Ile arugbo in ilorin kwara state will talk as thougg they don't live in in kwara. Let's say assume it's true that the property was truly illegally owned which I believe that to be the case, should the govt not take it back?

None of the Saraki family stays in ile arugbo, rather it's a slavery and poverty promotion camp where aged people from Ilorin are treated with disdain. @RealAARahman has done well by ending the years of mental and physical slavery meted on our people. pic.twitter.com/FYvCttGtp6

@RealAARahman needs to slow down.
I read the comments of people on Saraki thread following the demolition of Ile Arugbo

The Governor is called the New Sheriff in town

Its just a matter of time, these people chanting his praise will rain curses tommorrow.
We dey here pic.twitter.com/Ychdf9Jiat 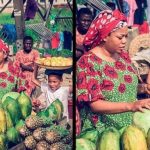 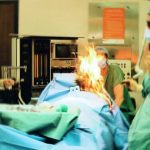