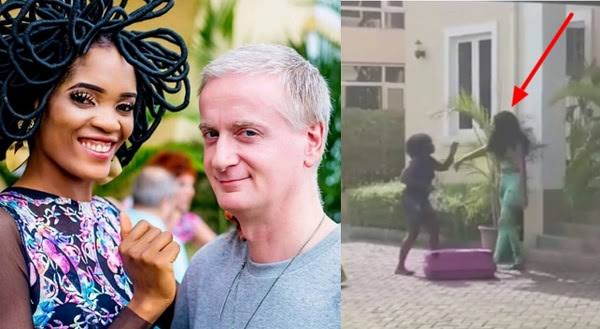 Nollywood actress and model, Chika Lann has been caught on camera allegedly throwing out her younger sister from her house.

In a series of video published by Instablog, Chika could be seen packing her sister’s belongings out her matrimonial home.

Amidst cries and tears the sister was begging Chika to allow her stay, but the model didn’t budge as she kept on complaining that she’s trying to snatch her husband from her.

People are shocked to the bone that Chika Lann who appears so cool would put her sister through this.

Swipe to watch all the video below:

40million hair lady #chikalann , throws sister out of her house for allegedly trying to snatch her oyibo husband [SWIPE]

Meanwhile, Anambra State Police Command has arrested a 28-year-old man identified as Dubem Okeke for shooting to death his friend who snatched his girlfriend.

“The suspect stormed the house of one Ifeanyichukwu Kamsisichukwu f’ aged about 20 years, forced her to open her door and took away her boyfriend; one Chinedu Okoye ‘m’ aged 24 years of Umuru Village Ogidi and shot him with a gun,” police said. 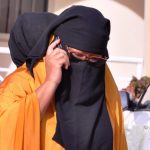 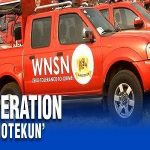