A Kano State High Court presided has sentenced a 35-year-old housewife, Rashida Sa’idu, to death by hanging for killing her husband, Adamu Ali.

Mrs Rashida was found guilty and convicted a charge of culpable homicide by Justice A T Badamasi on Friday, February 21, 2020.

The prosecution counsel, Mrs. Maryam Jibrin told the court that on February 25, 2019, the woman suspected her 53-year-old husband of infidelity when she over heard him alking on phone to another woman, whom she believed was his girlfriend.

Jibrin said on the same day at about 8pm, the woman shoved her husband off a storey building during a fight over the phone call at their Dorayi Quarters residence in Kano.

As a result of which he broke his neck and was confirmed dead on arrival at a hospital in their matrimonial home at Dorayi Quarters.

“In the process, they engaged in a fight and the convict pushed her husband during the struggle from the stairs to his death,” she said.

The prosecution said until his death, the victim was a lecturer at the Federal College of Education, Kano.

Jibril called four witnesses to prove her case of culpable homicide against the suspect.
However, counsel to the convict, Illiya Dauda, who denied the charge, called two witnesses to counter the allegation of culpability in the death of her husband.

But the Judge held that the prosecution had proven his case beyond reasonable doubt, saying the convict was responsible for the death of her husband, and therefore sentenced her to death by hanging.

This development is coming less than a month after Maryam Sanda was sentenced to death by another court in Abuja, who found her guilty of killing her husband. 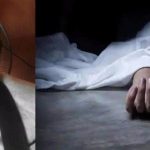 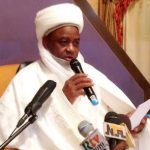