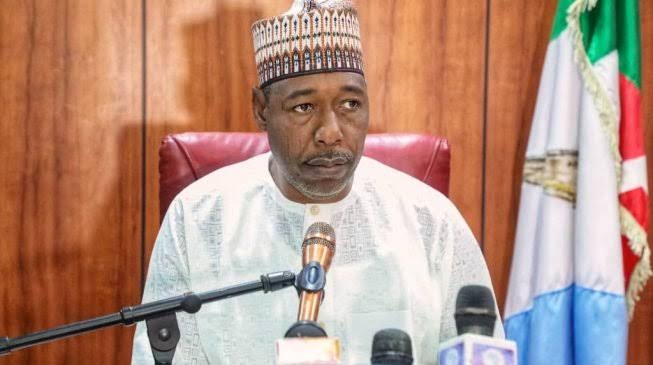 Borno State Governor, Babagana Zulum has declared a one day fasting and prayer session to salvage the state and the country against Boko Haram insurgency.

The governor, who made the declaration in a six minutes broadcast, fixed Monday, February 24, 2020, for the exercise which will be held across the state.

According to him, the call for the spiritual exercise was a strange but necessary unanimous decision of Borno people.

“Even though this decision is based on the popular demand of our people, some observers may rightly argue that it is a strange call. But then, Borno has been befallen with a strange evil since 2009, and sometimes, strange ailments require strange approaches.

“As your governor, I hereby declare Monday, the 24th of February 2020 as a day of devotion to pray for the return of peace in Borno. I intend to fast on that day and I appeal to every one of us in Borno, who can, to join in that simple, but pricelessly rewarding spiritual endeavour.

“I also appeal for the sacrifices of all other well-meaning friends and associates of Borno who can join us in fasting on Monday, Insha’ Allah, for the restoration of peace in Borno State and rest of Nigeria.

“I urge all of us to be steadfast in prayers. But in doing that, we certainly do not need to congregate in open fields for dramas.

“His eminence, the Shehu of Borno has assured me of his call on imams of all mosques across the 27 Local Government Areas to recite the Qunut throughout the five congregational prayers on Monday. Leaders of the Christian community have also assured me of special prayer sessions in churches,” the Governor said.

This is coming barely 24 hours after Governor Zulum shared the sum of N100 million to 10,000 households displaced by flood in Rann, Kala Balge Local government area of the state.