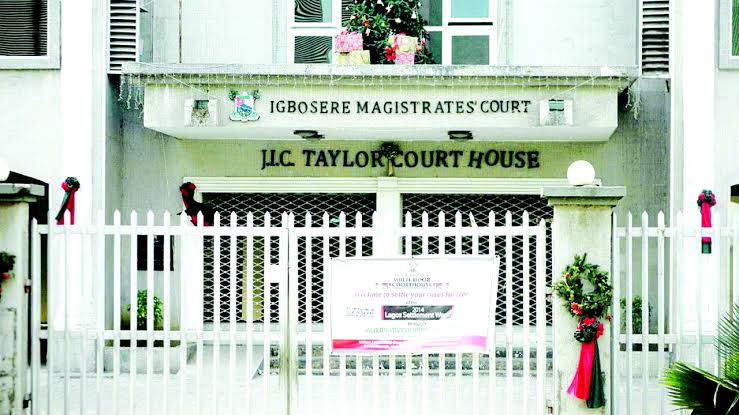 A 34-year-old businessman, Wende Felix, was arraigned before a Lagos Magistrate’s Court sitting in Igbosere, on Monday, for posting the nude pictures of his ex-girlfriend and her baby’s picture on Facebook, claiming that he is the father of the baby.

Felix also allegedly collected the sum of N350,000 from his ex-girlfriend, Elizabeth Olateju, with a promise not to expose her nude pictures on Facebook.

He is facing a three-count charge of fraud, posting of pictures on Facebook and breach of peace preferred against him by the police.

The prosecutor, Inspector Rosemary Ehimegbe, told the court that the defendant committed the offence between 2018 and 2019, at 24, Durosimi Etti Street, Lekki Phase 1, in Lagos.

Ehimegbe said the defendant fraudulently collected N350,000 from the complainant, Elizabeth Olateju, under the guise that he will not expose her nude pictures, but still went ahead to do so.

She said he conducted himself in a manner likely to cause a breach of peace, by posting the complainant’s baby’s pictures on his Facebook page and WhatsApp status, without her consent.

However, the defendant, Felix pleaded not guilty to the charge.

She said the defendant must provide a means of identification such as a national ID card, show evidence of three years tax payment to the Lagos State government and have their addresses verified.

KanyiDaily had also reported how a Nigerian lady was allegedly stopped from committing suicide after her Pastor shared her nude photos in their Church’s Whatsapp group.

Police Lied, Kaduna Bombing Suspect Told Us His Name Was Mohammed, Not Samuel – CAN