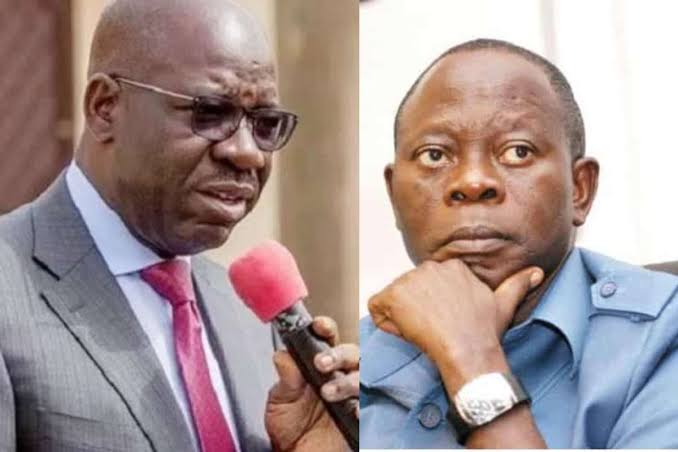 Edo State Government has ordered the arrest and prosecution of the national chairman of the All Progressives Congress (APC), Adams Oshiomhole, for disobeying the orders of the state governor, Godwin Obaseki.

The Governor Obaseki-led government has submitted a petition to the Inspector-General of Police, and Department of State Service (DSS) requesting for the APC chairman’s arrest and prosecution.

Oshiomhole is accused of constantly disobeying the State government’s orders.

This was disclosed in Abuja on Monday by the Deputy Governor of the state, Phillip Shuaibu.

The Deputy Governor, however, stated that Oshiomhole is still his father, adding that their present differences did not change that fact.

This is coming after 14 Edo APC lawmakers had accused Governor Obaseki of allegedly hiring assassins to kill Adams Oshiomhole and other party leaders.

The Lawmakers said that should anything untoward happen to any party chieftain or faithful in the state, the people would never forgive their inaction.

Court Nullifies Malawi’s Presidential Election, Orders Fresh Vote To In The Next 150 Days