Lagos State Governor, Babajide Sanwo-Olu has won the governorship ticket of the ruling All Progressives Congress (APC) to contest for the second term in the 2023 general election. 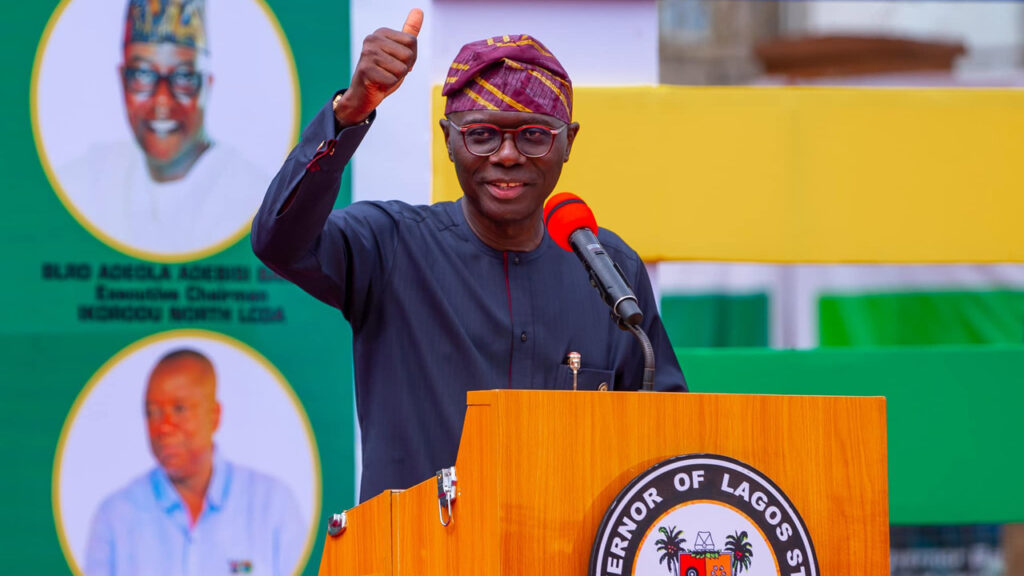 The governor was declared the winner after securing 1,170 votes out of a total of 1,198 accredited votes during the APC primary election on Thursday at the Mobolaji Johnson arena, formerly known as Onikan stadium, on Lagos Island.

It was gathered that two other aspirants – former Commissioner of Energy, Wale Oluwo, and former Permanent Secretary from the Ministry of Energy, Mustapha Olorunfemi – were not cleared for the primary.

Announcing the result of the election, the Chairman of the APC Electoral Committee/Returning Officer, Adamu Yuguda said only Sanwo-Olu has been given the go-ahead to participate in the exercise as an aspirant.

He said 1,225 ad hoc delegates were expected at the special state congress to choose the party’s governorship candidate for the 2023 election while 1, 198 delegates were accredited across the 20 Local Government Areas of the state.

Yuguda said: “For those who have been murmuring , we have three aspirants that purchased forms in Abuja. Three of them went for screening, one was cleared and two were disqualified.

“We are only attending to those that have been cleared. So, the candidate with the highest number of votes is Gov. Babajide Olusola Sanwo-Olu who scored 1,170 votes.

The election was conducted under heavy security presence and the watch of officials of the Independent National Electoral Commission (INEC).

READ:  EFCC Set To Finally Drag Mompha To Court On Monday, Files 14-Count Charge Against Him

In his victory speech, Sanwo-Olu appreciated the electoral committee, supporting staff and all delegates for finding him worthy to be the party’s flag bearer.

The governor applauded the Lagos State Executive of the AP -led by Pastor Cornelius Ojelabi, all cabinet members, party faithful, and observers for their efforts and support.

He said, “Our delegates have defied the rain. They have spoken and they have spoken well. This is affirmation that you want us to continue and we will not disappoint you.

“In all facet, Lagos residents should expect a lot more from us. We will not disappoint or betray the confidence reposed in us. I want to say that indeed, this is the beginning of bigger work that we have for Lagos.”