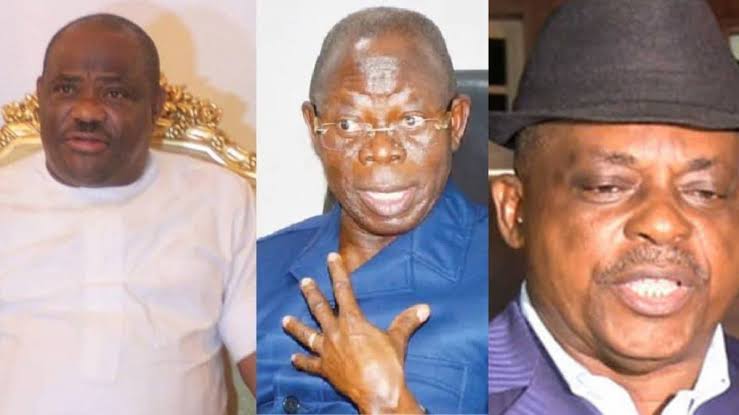 Rivers State Governor, Nyesom Wike, and the Peoples Democratic Party (PDP) has issued a stern warning to the National Chairman of the All Progressives Congress (APC), Adams Oshiomhole, over his comments on the judgement of the Supreme Court on the Bayelsa State governorship election.

KanyiDaily recalls that on Thursday, the Supreme Court sacked the candidate of the APC, David Lyon, as the governor-elect in Bayelsa, ahead of his inauguration on Friday, 14th February in the state.

Reacting to the judgement, Oshiomhole declared that the candidate of the PDP in the election, Douye Diri, will sworn-in on Friday because he’s not qualified.

Governor Wike, in a statement issued by his special assistant on electronic media, Simeon Nwakaudu, called on the Nigerian Government to warn Oshiomhole to stop making inflammatory remarks capable of destabilising the country.

He berated the APC national chairman for saying that there will be no swearing-in of the PDP candidate in Bayelsa State, adding that he lacked the power to make pronouncements after the Supreme Court had ruled on a matter.

“The Federal Government should warn Oshiomhole to stop making remarks that will destabilise Nigeria.

“What he is doing in Edo State is not proper and he should not bring it to the rest of the Niger Delta.

“Who is Oshiomhole to determine who has spread in a state? Supreme Court has made a ruling. It is unfortunate for Oshiomhole to come forward to say that nobody will be sworn-in.

“It is unfortunate what Oshiomhole is doing because he wants to retain his position as National Chairman of their party. APC Governors have rejected him, that is why he is struggling to prove that he is fighting for the party.

“He is making statements as if he owns the country. This is the same way he is carrying on in Edo State by fighting the governor.

“He believes that he has the forces to cause crisis. He is arrogating powers to himself, which is not good,” Wike said.

“The people of Bayelsa state know as a fact that the Independent National Electoral Commission (INEC) under our laws cannot take instructions from any individual, let alone a factional national chairman of a dysfunctional political party like the APC.

“The PDP, as a law-abiding party, counsels Oshiomhole to rein in himself and desist from all odious designs against Bayelsa state, her people and government”.

KanyiDaily had reported that the election victory of APC was nullified because David Lyon’s running mate (deputy), Biobarakuma Degi-Eremienyo, presented a forged certificate to the Independent National Electoral Commission (INEC).

This essentially means that the candidate of the PDP in the election, Diri Douye, will become the next Governor of Bayelsa, alongside his deputy, Lawrence Ewhruojakpo. 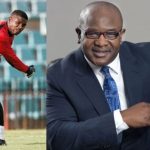 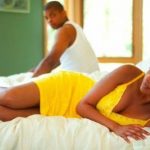