The Spiritual Director of Mountain of Holy Ghost Intervention Deliverance Ministry in Onitsha, Anambra State, Prophet Chukwuemeka Ohanaemere aka Odumeje is currently trending on social media over a disturbing video that has been linked to him.

In the viral video, a Nigerian femala comedian known as Mercy Ada Jesus was seen being brutalized by Odumeje’s church members for making jest of the controversial Prophet on social media.

After beating the comedian who was tied on the ground, the ‘thugs’ gave her 24 hours to apologize to Prophet Odumeje.

It has reached the time that the operations of the so called Prophet Odumejeje should be SHUT DOWN.

I used to be amused by the comical boffonry of that idiot but no more.

In this video, his goons kidnapped & tortured Mercy Ada Jesus for posting a video poking fun on Odumeje pic.twitter.com/tiZDAosNZ9

This was allegedly done to a lady called Mercy Ada Jesus on the instruction of one Prophet Odumeje.

This is callous, barbaric, wicked & unacceptable!

The @PoliceNG should do the needful on this video. 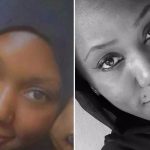 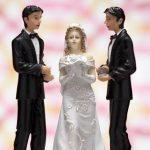