A young lady is lucky to be alive after being stabbed by a mentally-challenged man along a walkway in Benin City, Edo State.

We gathered that the incident happened on Monday evening in front of Oruokpota hall, Oba Ovoranmen Square, Ring Road, in Benin City.

The lady was said to be having a conversation with a friend when the mentally derailed man told them to end the conversation and move away from his spot.

“But they ignored him, only for him to bring out a knife and stabbed the lady,” an eyewitness said.

The incident angered a group of youths who were passingby and they descended on the madman, beat him to stupor after collecting the knife from him.

The eyewitness said: “The girl who is now in a very critical condition has been rushed to Benin Central hospital.”

Edo police spokesman, DSP Chidi Nwabuzor, could not be reached for comments.

Meanwhile, KanyiDaily had reported how a young man mentally unstable for the past three years, was reportedly healed in a church last week in Ekpoma, Edo State. 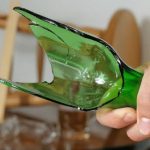 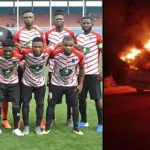