We gathered that the incident which inflicted severe injuries on several players happened as a result of an auto electrical fault that sparked up the fire.

The football team were on their way back from Ilorin, Kwara State, where the Club achieved a 1-0 victory from Kwara United in an NPFL 2019/2020 Match Day 22.

A statement issued by the club’s spokesman, Austin Tyowua, said no life was lost, but several players sustained varying degrees of injuries while trying to escape from the burning bus.

He noted that the injured players are currently receiving medical attention, adding that there was colossal losses in property as all the contents of the vehicle were burnt.

The club management, however, enjoined the players to put back the incidence behind them and wear a renewed focus to their ambition of winning the league.

Watch the video of the incident below: 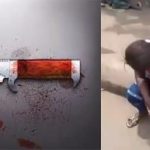 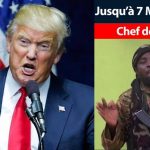