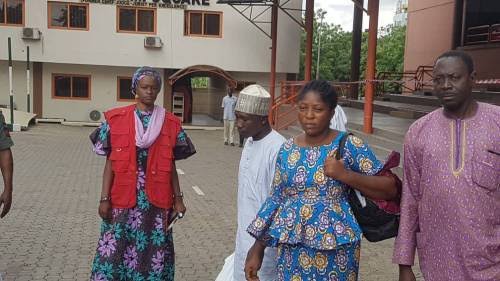 An EFCC witness, Stanley Ani has told an FCT High Court that the revenue officer for Joint Admission and Matriculation Board (JAMB), Philomina Chieshe, allegedly stole the sum of N36.5 million that she was supposed to remit in the board’s account.

The EFCC had charged Chieshe and her boss, Samuel Umoru, the state coordinator in Makurdi office, with eight counts bordering on conspiracy, breach of trust and misappropriation.

They were accused of conspiring among themselves between August 2014 and July 2016 and misappropriated funds belonging to JAMB, an agency of the Federal Government contrary to Section 97 (2) of the Penal Code Law.

Having both pleaded not guilty, Chieshe claimed a snake swallowed the huge sum of money while it was in her custody.

Testifying as the prosecution fourth witness (PW2) on Tuesday, Stanley Ani told the court in his evidence that Chieshe’s accounts in Zenith and ECO banks were investigated.

“We discovered that a total of N29 million was credited to Chieshe’s account between January 2014 to February 2017.

“Out of it, N2 million came in as her legitimate earnings from JAMB as salaries, allowances as well as dividends as a member of JAMB co-operative society.

“We also discovered that N26.9 million came in from various agents who were contracted by her to sale e-facility cards and remit to the Zenith account.

”From her account we discovered that there were no remittance to JAMB rather, almost all her withdrawals were through ATM,” he said.

Ani told the court that Chieshe submitted copies of the original tellers showing where she deposited money into Umoru’s account on his instructions from the proceeds of the sale of the e- facility.

The prosecuting counsel, Mr Ekene Iheanacho, tendered the documents as evidence.
When cross-examined by A.I. Ihejirika, Umoru ‘s counsel, the witness told the court that there was no outright statement written as money from the sale of e-facility.

He added that but, Chieshe did explain to them that her boss(Umoru) usually collects money from the proceeds of e-facility as IOU.

The judge, Justice Peter Affen, adjourned until June 1 for continuation of trial. 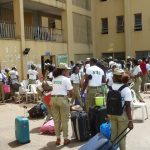