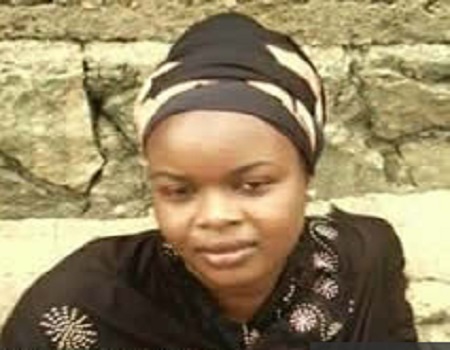 Kogi State Police Command have arrested a man, Hussain Zubairu, for allegedly stabbing his pregnant neighbour, Bose Muhammed, to death with scissors in Idogido community of Okene local government area of the state.

An eyewitness said the incident happened last Monday when Muhammed and the friend were discussing about a lost mobile phone.

The suspect was said to have interfered in the discussion and the deceased to him to mind his business and stop meddling in their matter.

This, according to the eyewitness, infuriated Hussain who is know as a troublesome person, leading to an altercation between him and Bose.

He was alleged to have stabbed the pregnant woman in the stomach with a pair of scissors and she was rushed to a hospital in the area but died on arrival. The eyewitness said:

“Many residents within that area said he (Hussain Zubairu) was a drug addict but that has not been confirmed. I learnt the woman (Bose Muhammed) had always been trying to avoid him because he was troublesome.

“On that day, the victim and her friend were chatting and he interrupted. She told him to mind his business and that infuriated him. He removed a pair of scissors he hid in his trousers, stabbed her in the stomach and fled.

“The woman lost a lot of blood. She was pronounced dead on getting to the hospital. She was pregnant, but was not living with her husband.”

Hissain Zubairu, said to be in his 30s, was later arrested by detectives from the Okene Police Division while the deceased had been buried according to Islamic rites.

The Police Public Relations Officer, Kogi State Police Command, Mr. William Ayah said the case had been transferred to the State Department of Criminal Investigation, adding that the suspect would be charged to court after the completion of the investigation.

“The suspect and the deceased were neighbours. There was an argument between them. A friend of the deceased lost a mobile phone, which she later found.

“The friend was discussing the issue with the deceased when the suspect interrupted. She (Muhammed) challenged him for doing so and it degenerated into an argument.

“In the process, the suspect used a pair of scissors to stab her. Before she was rushed to the hospital, she died. The case has been transferred to the SCID and the suspect will be charged to court soon,” he said.

Meanwhile, KanyiDaily had also reported how a man attempted to burn a pregnant woman and her two children while accusing them of stealing his phone in Lagos State.