Lagos State Police Command has arrested a young man simply identified as Chima for allegedly setting his pregnant elder sister, Victoria, 20, ablaze at their residence around CAC Bus Stop in Okokomaiko, Ojo area of the state. 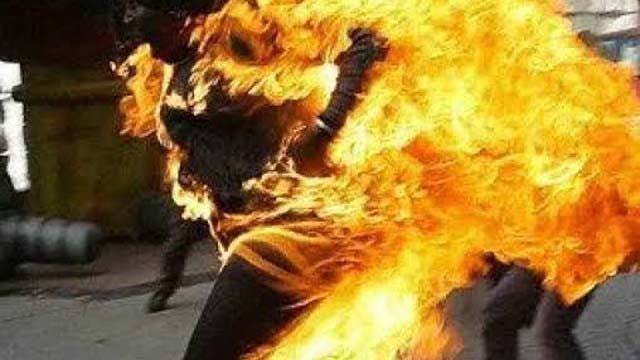 Reports says the incident happened on May 14, 2020, when Chima and Victoria, who was said to be two months pregnant, were in the kitchen of their family restaurant.

Victoria was said to be scolded by her mother for making herself available to cohabit with men and leaving their residence for such.

The confrontation led to a heated argument between the women and in the process, Victoria slapped her mother on the face.

ALSO READ: Man Sets Himself On Fire After Stabbing His Mother During An Argument In Imo [Photos/Video]

Chima who was Infuriated by his sister’s action reportedly looked around and got hold of a keg filled with petrol and hit her with it.

Unfortunately, the gallon burst and the content bathed Victoria and she instantly caught up with fire, leaving her with severe burns.

It was gathered that their mother who tried to put out the fire also sustained burn injuries on her legs.

Victoria was immediately rushed to a nearby hospital on Kemberi road, Okokomaiko but the doctors there rejected her. She was then referred to the Alimosho General Hospital, Igando where she was confirmed dead by the doctors.

Chima reportedly attempted to flee the scene after realising the harm he had done to his sister but was restrained by youths in the community who later handed him over to the police.

Spokesperson of the State Police Command, DSP Bala Elkana confirmed the incident, disclosing that Chima has been transferred to the State Criminal Investigation and Intelligence Department (SCIID) Yaba for further investigation.

ALSO READ: Woman Arrested For Stabbing Mother-In-Law To Death Over Divorce With Her Husband In Niger 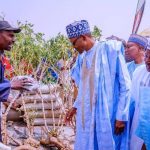 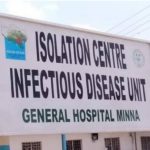