The Nigerian Medical Association (NMA) in Lagos has directed its members to immediately proceed on an indefinite sit-at-home strike starting from 6.00 p.m. on Wednesday. 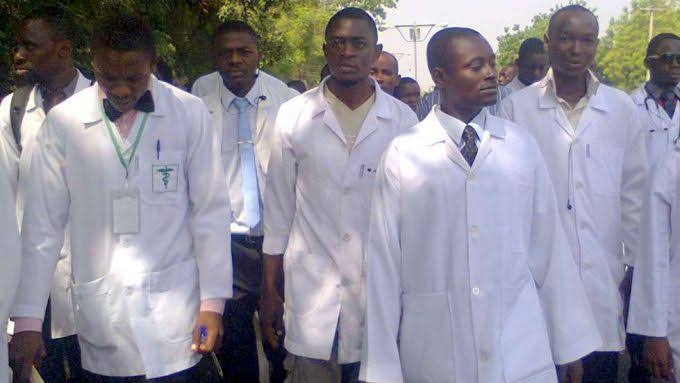 The medical doctors said that their action was necessitated following what they described as ‘conflicting directives by the government and incessant police harassment’ on health workers in the state.

This was contained in a joint statement signed by its Chairman and Secretary, Saliu Oseni and Ramon Moronkola, respectively in Lagos.

The NMA leaders said the development became necessary as a result of the numerous complaints of police harassment from their members who were either going home after close of work, and some on transit to heed to emergency calls at the various hospitals.

“The Lagos State Branch of the NMA has resolved that it is presently unsafe for its members to continue to provide healthcare services under the present confused arrangement.

“We resolve that all doctors under the auspices of the Nigerian Medical Association in Lagos to proceed on a sit-at-home starting from 6.00 p.m. today, May 20, indefinitely.

“Until such time when the state government and the Commissioner of Police, are clear on how they wish to operationalise the lockdown/restriction of movement directive as it relates to essential service and service providers, including healthcare services and doctors,” the NMA leaders said.

They demanded a written statement, signed by the state government and the appropriate police authorities, with clear terms on the status of essential services, including healthcare services and its providers, should be issued.

“It should be advertised in the social and mainstream media, and a copy submitted to the Secretariat of the Lagos State Branch of NMA.

“Whereas, the directives of President Muhammadu Buhari, through the Presidential Task Force on COVID-19, was clear on the exemption of essential workers including doctors and other health-workers from the ongoing lockdown/movement restrictions.

“The Commissioner of Police in Lagos State, Mr Hakeem Odumosu, has been issuing conflicting directives on social and mainstream media to the effect that essential workers, including doctors and other health workers are not exempted.

“As a direct result of the conflicting directives of the government and the Lagos State Commissioner of Police, the Lagos State branch of Nigerian Medical Association (NMA) was inundated yesterday evening with several cases of harassments and intimidation of doctors and other health-workers by officers and men of the Police Command in Lagos State.

“The healthcare workers were either resuming duty, returning home, or on-transit to heed an emergency call.

“There was a most disturbing case of an ambulance conveying an injured patient which was prevented from moving to destination, while the attending health workers were harassed and temporarily detained,” the NMA said.

They recalled that similar situation occurred sometimes in the early phase of the ongoing lockdown/restriction of movement based on similar conflicting directives from the Commissioner of Police.

“It took the intervention of the State governor, following a petition by the association, for normalcy to be restored,” they said.

According to them, it is presently unclear how the state government and the CSP wish to operationalise the lockdown/restriction of movement directive, vis-à-vis the status of essential workers.

The medical doctors insisted that the statement must be issued and advertised in the social and mainstream media, as well as a copy submitted to the Secretariat of the Lagos State Branch of NMA before they will call off the sit–at–home order.

This is coming to months after Abuja doctors went on an indefinite strike to protest the non-payment of their salaries amidst the coronavirus crisis. 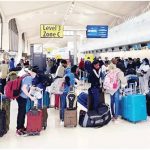