The management of Jos University Teaching Hospital (JUTH) in Plateau State has sacked 25 doctors, causing outrage at the health institution, which is one of the isolation centres for coronavirus disease (COVID-19) patients in the state.

The National Association of Resident Doctors (NARD), who raised concern about the disengagement of the 25 resident doctors, asked JUTH to reverse the action with immediate effect, especially as the facility is one of the isolation centres for COVID-19 management.

However, the President of the NARD, JUTH branch, Dr Stephen Lukden, confirmed that 25 of his members received their letters of terminations without any cogent reason to back up the management’s decision.

“Yes it is true. Twenty-five Residents received letters of termination of their residency training and we have information that some will receive theirs in the weeks/months to come. We have not seen this kind of thing before,” Lukden said.

In a letter addressed to the JUTH CMD, Prof. Edmund Banwat, NARD asked the hospital’s management to reverse the sack letters issued to its members describing the action as unjust and illegal.

The letter jointly signed by NARD President, Dr Stephen Lukden and the General Secretary, Dr Noel Nnaegbuna noted that the Medical Residency Training Act (MRTA) 2017 which was signed into law by the President Muhammadu Buhari and gazetted on the 16th July 2018 stipulates guidelines on the conduct of residency training programme in the country.

The association pointed out that the Federal Ministry of Health had also in a letter dated 18th June, 2019 directed all Chief Medical Directors in the Federal Tertiary Health Institutions to immediately begin the implementation of the gazette.

NARD wondered why the JUTH management would go-ahead to sack the affected doctors in breach of the constitution.

KanyiDaily recalls that the Abuja Chapter of the Association of Resident Doctors (ARD-FCTA) had began an indefinite strike to protest the non-payment of their salaries.

The doctors said they were embarking on the strike because they had not been paid their salary for two months despite threat of the Coronavirus pandemic. 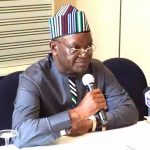 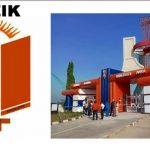