Resident Doctors across the country are set to commence an indefinite strike beginning on Monday over non-implementation of the revised hazard allowance for all health workers, which was supposed to commence in September 2020.

The President of the National Association of Resident Doctors (NARD), Dr. Aliyu Sokomba, made this known in a statement on Friday, September 4, 2020.

Sokomba as the federal government has failed to fulfil its sundry promises pertaining to the overall welfare of healthcare workers in the country.

He disclosed that the NARD has declared a nationwide strike starting from Monday, September 7, over non-implementation of residency funding, COVID-19 allowance, hazard allowance, as well as outstanding salary shortfall of 2014, 2015 and 2016.

“The National Executive Council (NEC) meeting of the Nigerian Association of Resident Doctors (NARD) held virtually on the 2nd of September 2020, to review the 21-day ultimatum issued to government which elapsed 17th of August 2020, observed the insincerity of the government in determining the revised hazard allowance for all health workers, which was supposed to commence in September 2020.

“NEC noted that in spite of the inclusion, the residency funding in the revised 2020 budget, the government has not made a plan to implement the payment despite several promises by several stakeholders.

“NEC noted the failure of the Federal Government to procure group life insurance and death in service benefits for all health workers.

“NEC resolved to proceed on an indefinite nationwide strike action from Monday 7th of September 2020 by 8am until the following conditions are met: Provision of genuine group life insurance and death in service benefits for all health workers; Immediate payment of the Medial Residency Training funding to all her members as approved in the revised 2020 budget, among others.

“Payment of all arrears owed our members in federal and state tertiary health institutions, arising from the consequential adjustment of the National Minimum Wage,” the statement reads.

KanyiDaily recalls that Medical Doctors under the employment of the Lagos State Government had also embarked on warning strike over the issues of COVID-19 hazard allowance.

READ:  "I Be Nobody's Ex" - Queen Naomi Breaks Silence After Her Divorce To Ooni Of Ife [Video] 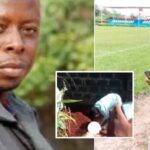 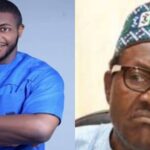