The Nigerian Government has ordered all major federal tertiary health institutions to stop the payment of salaries of the National Association of Resident Doctors (NARD) who are currently on strike. 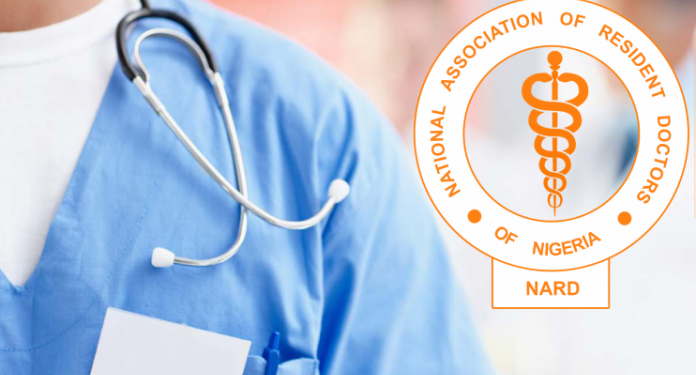 Efforts by the house of representatives to reach a new agreement between the government and NARD ended in a deadlock – despite a meeting that lasted six hours.

FG Invokes ‘No Work, No Pay’ On NARD Doctors

The federal government has ordered the implementation of the “no work, no pay rule,” beginning from August 2, when the NARD doctors commenced their nationwide industrial action.

Minister of Labour and Employment, Chris Ngige, in a letter to the Federal Ministry of Health, explained that he drew his powers from Section 43(1) (A) of the Trade Dispute Act, CAP T8 laws of the Federation of Nigeria (LFN) 2004, popularly known as “no work no pay”.

The Director, Department of Hospital Services, Federal Ministry of Health, Dr Adebimpe Adebiyi, in a letter to heads of federal tertiary hospitals directed that they should implement the policy as directed.

The later reads: “The Federal Ministry of Health is in receipt of a letter from the Honourable Minister, Federal Ministry of Labour and Employment, informing the Ministry of the laws governing the on-going strike by the Nigerian Association of Resident Doctors (NARD) and the need to immediately apply the provisions of Section 43 (I) (a) of the Trade Dispute Act on “Special provision with respect to payment of wages during strikes and lock-outs” known in labour parlance as “No-Work, No-Pay” with effect from Monday 2nd August, 2021, when the strike was commenced by NARD members.

“Consequent on the above, I am directed to inform you to commence the implementation of “No-Work, No Pay” policy on striking doctors with effect from Monday 2nd August 2021, including other health workers that may embark on strike subsequently.

“This directive is in line with the provisions of Section 43 (I) (a) of the Trade Dispute Act which inter-alia states where any worker takes part in a strike, he shall not be entitled to any wages or remuneration for the period of the strike, and any such period shall not account for the purpose of reckoning the period of continuous employment and all right dependent on continuity of employment shall be prejudicially affected accordingly”

“You are to compute the financial implication of the “No-Work, No Pay” from the salaries of the resident doctors and any other health worker that participated in strike using the attached template and forward same to the IPPIS office through the FMoH for implementation with effect from August, 2nd, 2021.”

But the NARD doctors have remained adamant, insisting the government’s hard stance would not force them to suspend its almost one-month-old strike.

NARD President, Dr. Uyilawa Okhuaihesuya, said the letter has further justified their earlier position that the Federal Government and its representatives are not ready to end the strike.

“We saw it coming, but that would not make us change our position on the nationwide strike until our demands are met. We got a hint of the letter during our last National Executive Council (NEC) meeting at the University of Benin Teaching Hospital and we deliberated extensively on it.

“After deliberations on several matters, including the proposed No work, No pay policy of the government, NEC voted that the strike should continue, and also suggested an emergency meeting of the National Council on Health (NCH) to deliberate on the deteriorating situation.”

He said the NEC was unhappy that despite the strike that has been on for 24 days, his members in GIFMIS payment platform in 22 centres are yet to be migrated and captured in IPPIS platform with payment of outstanding backlog of three to four months.

He said the NEC observed that despite the express instructions by the President, Muhammadu Buhari, the Minister of Health, Dr Osagie Ehanire, should step aside all technicalities in resolving the issues of dispute, no action has been taken in that regard.

“However, after critical appraisal of the actions of the government on the issues affecting the doctors and perpetual insincerity of the government as seen in reckless exparte injunctions and ambiguity in interpretations of the ruling of the National Industrial Court, NEC unanimously agreed via vote to continue the on-going nationwide strike until their demands are met,” he said.

He insisted that, among other demands, the circular from the Office of Service of the Federation removing House Officers from the scheme of service must be withdrawn.

This comes a few days after the National Industrial Court of Nigeria ordered NARD to suspend its ongoing strike and resume work immediately pending the determination of a suit brought before the court by the Federal Government.

READ:  "God Is A Nigerian...If Not, The Country Would Have Ceased To Exist" - Obasanjo 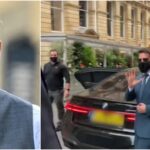 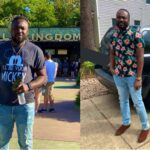