President Muhammadu Buhari has called on the National Association of Resident Doctors (NARD) to call off their nationwide strike which they embarked since last month. 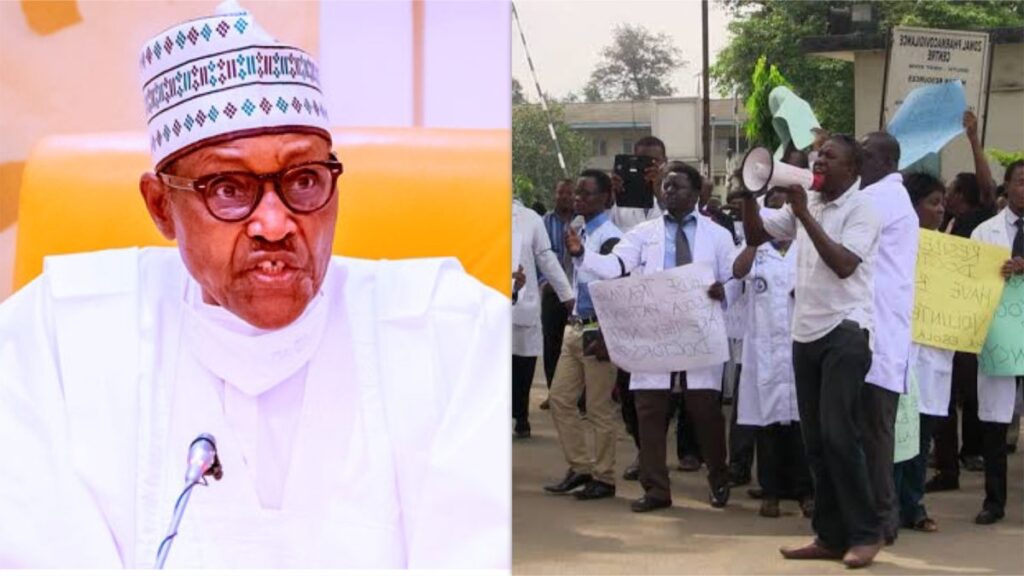 Efforts by the house of representatives to reach a new agreement between the government and NARD ended in a deadlock – despite a meeting that lasted six hours.

In a bid to force the doctors back to work, the Nigerian government instituted a suit against the association, asking the court for an order of interlocutory injunction restraining members of NARD from continuing with the action.

The Industrial Court ruled that the doctors should resume work but the doctors have insisted on continuing with the strike until their demands are met.

READ:  “Before You Marry Any Woman, Allow Her Catch You Cheating At Least 3 Times” – Barrister Ogudu

During a meeting with officials of the Nigeria Medical Association (NMA) at the State House on Friday, President Buhari called on health workers to return to their duty posts.

The President said the doctors’ outstanding benefits would not be paid until a verification exercise is carried out. He also said that hazard allowance would be reviewed after the “deep division within the ranks of the striking doctors” is resolved.

This was contained in a statement isued by his Senior Special Assistant on Media and Publicity, Garba Shehu, titled, “Embarking on industrial action at this time when Nigerians need you most is not the best action to take, says president Buhari to doctors”.

“The lives of citizens that could be lost or damaged when doctors withdraw services, are precious enough to be worth opting for peaceful resolution of differences.

“Let me speak directly to the striking doctors. Embarking on industrial action at this time when Nigerians need you most is not the best action to take, no matter the grievances.

“This administration has a good track record of paying all debts owed to government workers, pensioners and contractors and we have even revisited debts left by past administrations; once due verification is done, debts genuinely owed Health workers will be settled.

“I learnt that some of the 12-point demand in the ongoing strike was already addressed, though the review of a new Hazard Allowance has not been fully negotiated because of the sharp and deep division within the ranks of the striking doctors.”

President Buhari said the outstanding issue of an Establishment circular issued by the Head of Service, removing House officers, NYSC Doctors from scheme of service had an addendum circular from National Salaries and Wages Commission to clarify that they will continue to earn the wages attached to them on their present wage structure.

“I request that the agreement reached in the meetings of 20th and 21st August captured in the MOU which I have seen be religiously implemented,’’ he added.

To further improve the health sector, the President said budgetary allocations had been increased and a Health Sector Reform Committee, under the Chairmanship of the Vice President, had been commissioned to identify and address weaknesses in the Health System and align with global best practices that raise public confidence.

This comes two weeks after the Nigerian government commenced the implementation of “no work, no pay” against striking resident doctors. 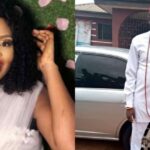