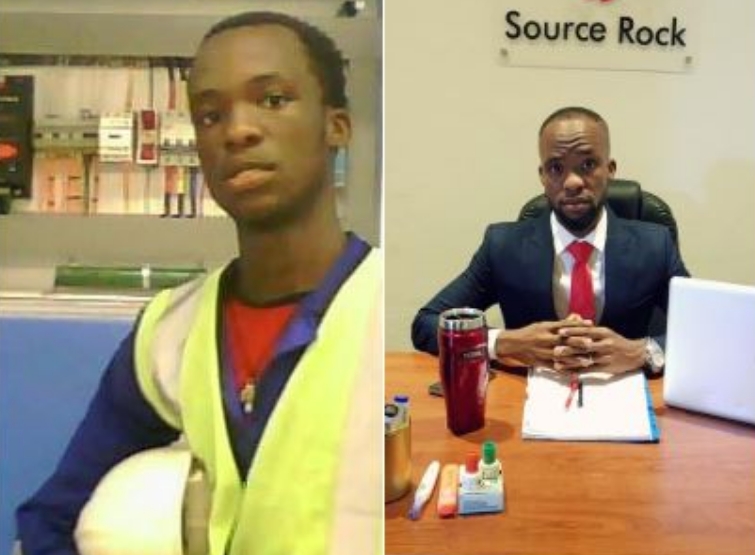 A Cameroonian man identified as AD Patrickson has shared his success story of how he became an owner of oil and gas company called Source Rock, after working for many years as a night watchman on oilfield vessels.

AD Patrickson, who shared the story on his Linkedin page, said he had to put in a whole lot of hard work to achieve his dream.

His efforts finally paid off as he finally became the CEO of Source Rock, the first local Cameroonian company that “runs a natural gas facility without any expert help”

The young man also encouraged every dreamer like him, asking them never to give up, that the goal is closer than they think. He wrote:

“Several years ago, I began my oil and gas career journey as a night watch on an oilfield supply vessel. My desire to succeed in the industry made me work so hard both professionally and academically.

“I had the opportunity to work with some of the best oil and gas companies in the world and I became the first Cameroonian local to run a natural gas facility without expert help.

“I have been involved in some very significant projects for my country🇨🇲 in the course of my career.

“Today I’m proud to say I am an oil and gas expert and I head my own company Source Rock. 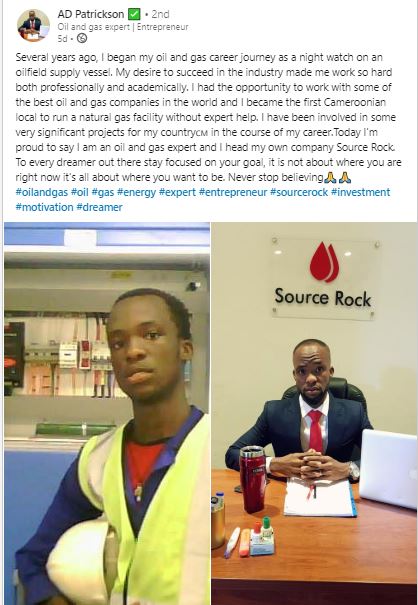 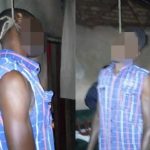 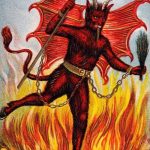