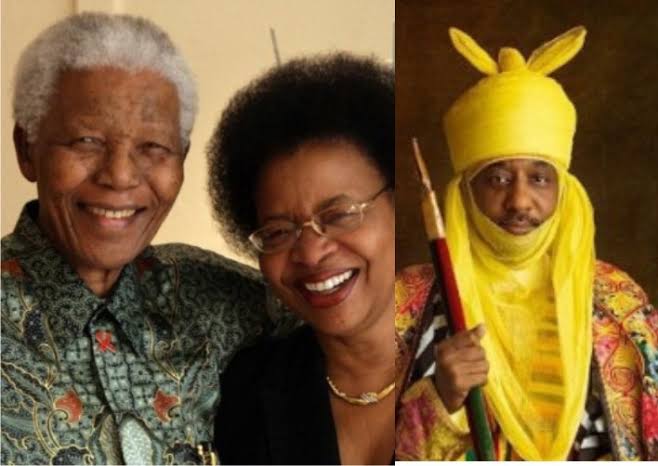 Nelson Mandela’s wife, Graca Machel has expressed sadness over the dethronement of Muhammadu Sanusi II as Emir of Kano.

Consequently, the monarch was banished to Nasarawa State where is expected to spend the rest of his life in exile.

Reacting to the development in a letter of solidarity, Machel reassured Sanusi that he is not alone in the struggle to ‘confront corruption affecting Northern Nigeria.’

She stressed that she would continue to stand with Sanusi in his courage to always speak the truth to those in power.

The letter partly reads: “I am deeply saddened to hear of you been relieved of your official duties as emir of Kano and authorities

“I am sending you this message of solidarity in the hopes that it provides you in some small measure with reassurance and a degree of comfort that you are not alone in your valiant struggles to confront corruption and the social ills bordering Northern Nigeria.

“Your influential voice as a man, as a traditional ruler and a religious authority in challenging the status quo is sorely needed not only in Nigeria but throughout Africa. You are a bold inspiration for leaders to hold themselves to account all in their power to improve the wellbeing of all its citizens under their watch, especially women and children.”

This is after Sanusi had accepted his dethronement as an act of God and destiny.