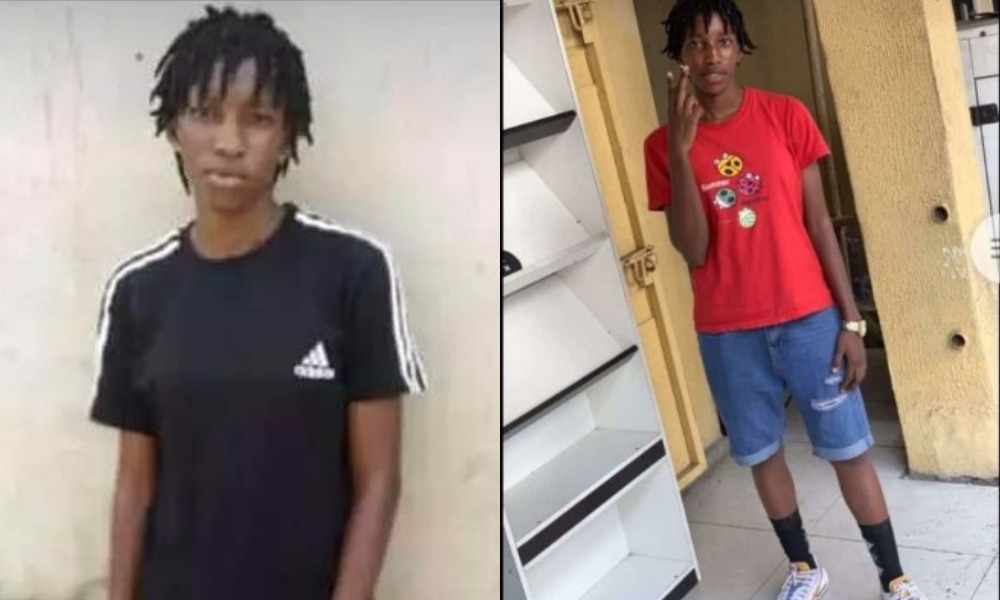 A young Nigerian girl identified as Zainab has allegedly committed suicide after realising she’d once again failed Joint Admission and Matriculation Board (JAMB).

The incident recounted happened on Tuesday in one of the states in Northern part of Nigeria.

According to reports, Zainab was asked to send food to her pregnant aunt in the hospital when she learnt of the release of the JAMB’s result.

She immediately checked hers using her phone and felt disheartened subsequently, because it was the second time she is failing the exams despite her hard work.

On her way back after visiting her pregnant aunt in the hospital, Zainab bought a Sniper and went to the mosque to complete her daily prayers.

There in the mosque, Zainab drank the Sniper but someone caught her in the act and reported it immediately.

Before they could take her to the hospital she was already confirmed dead, while family had been trying to reach her after seeing a suicide note she behind. 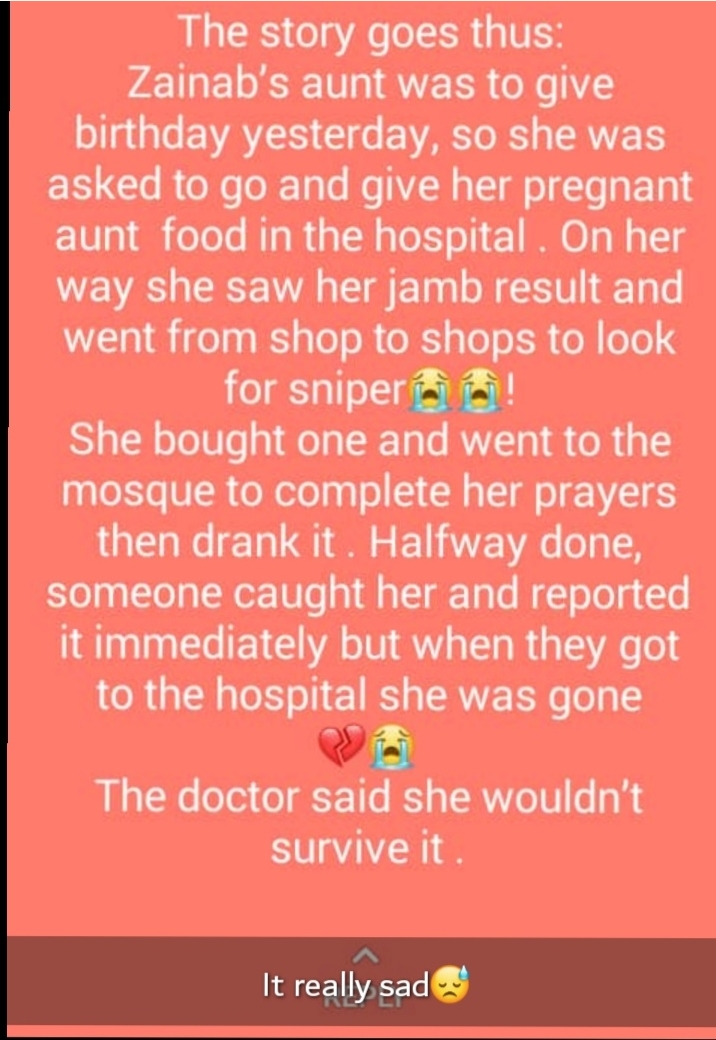 Zainab’s sister shared the WhatsApp message Zainab left for her before committing suicide. 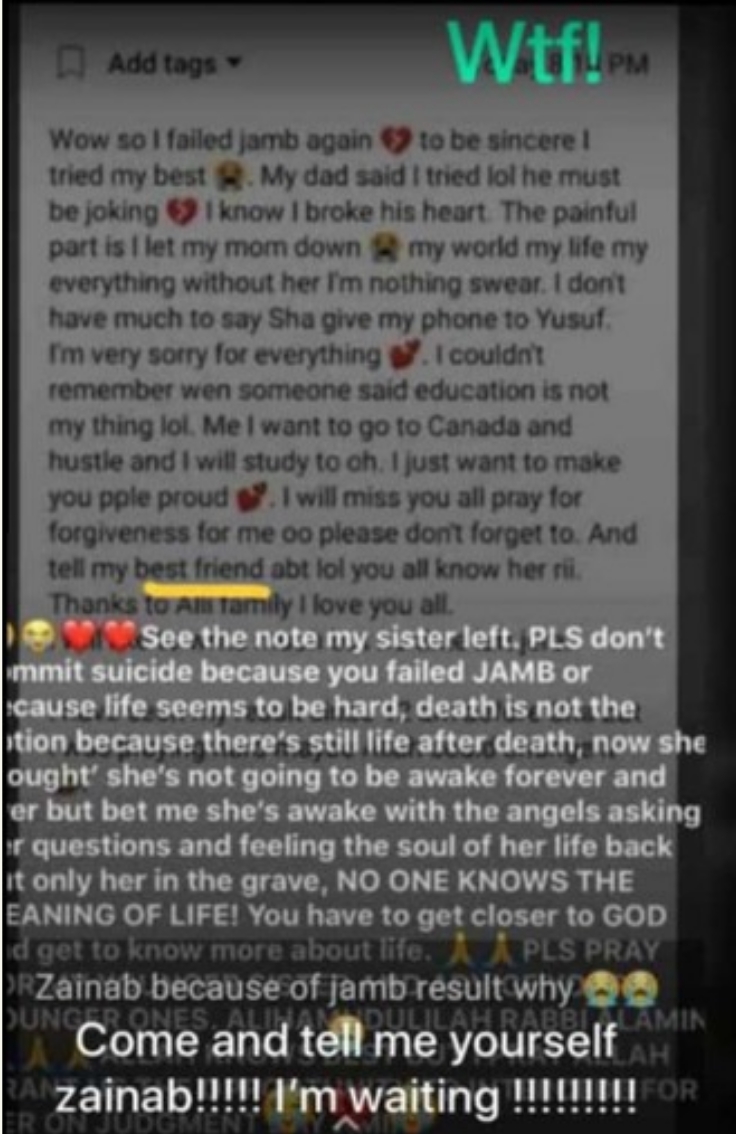 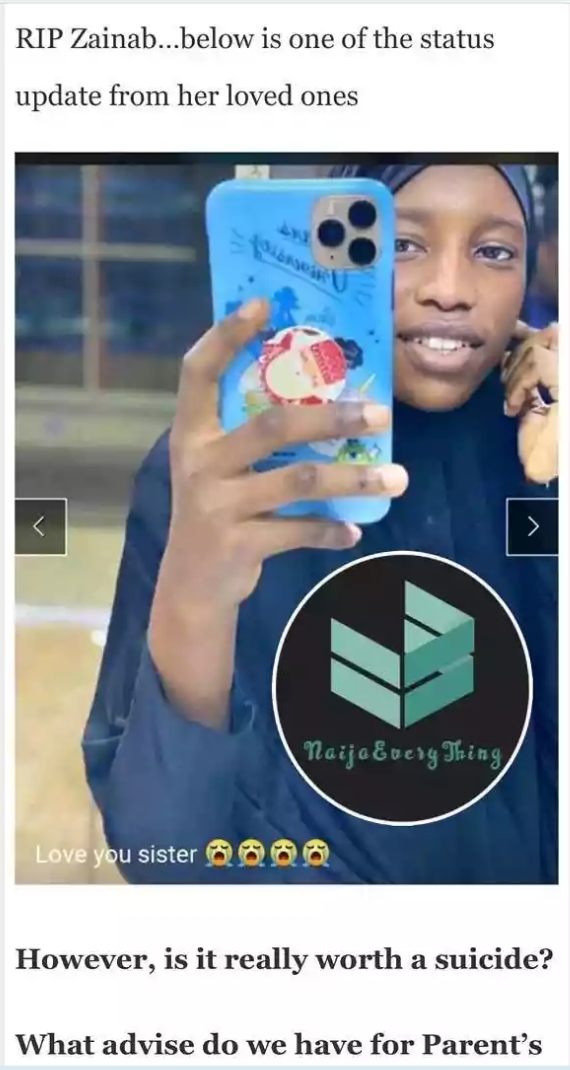 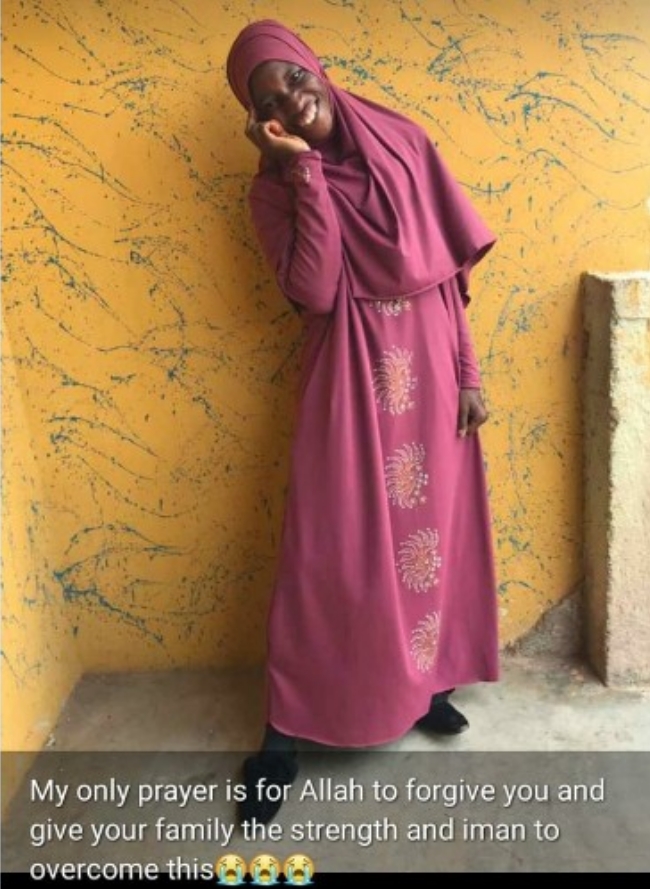