Nigerian Immigration Service (NIS) has threatened to sack three female officers who were seen in a viral video participating in the viral #BopDaddyChallenge. 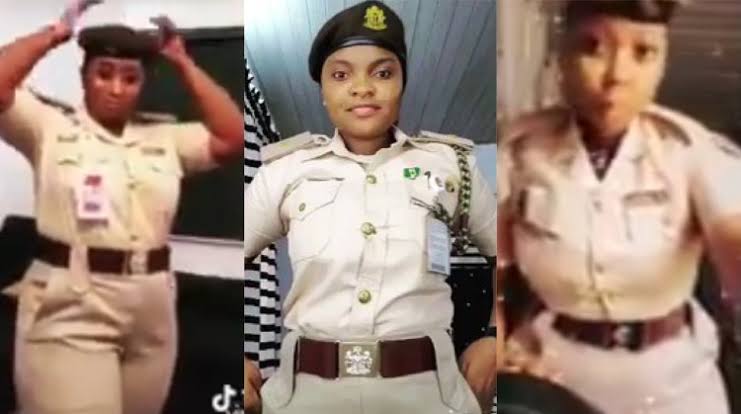 The challenge is one in which ladies flaunt different glowing images of themselves thanks to smartphone enabled high resolution photography and editing.

Three (3) female officers of the Nigeria Immigration Service are under fire for “indecent dressing and sabotage” for joining the #BopDaddy challenge as shown in this video. pic.twitter.com/7Dx4vVH7se

Reacting to the viral video, the Assistant Comptroller General of the NIS, Iam Haliru, said the three NIS women have caused the organisation “a lot of embarrassment.”

“The attention of the Comptroller General has been drawn to a video clip trending in the social media in recent times which revealed a rather disturbing and embarrassing display of indecent flaunting of your bodies, desecration of service uniform/beret and the use of inappropriate language thereby, sabotaging the values upheld by the service.”

“To state the obvious, your act has caused a lot of embarrassment to the NIS and in line with our standard as a paramilitary organisation is considered scandalous and an act unbecoming of an officer and therefore a violation of PSR 030401 and 030402. This is a serious misconduct liable to dismissal from service.

“In view of the foregoing, therefore, you are requested to make a representation, if any, within 72hrs on receipt of this letter, why disciplinary action should not be taken against you.”

The letter was signed by Haliru who deputizes for NIS boss Mohammed Babandede. 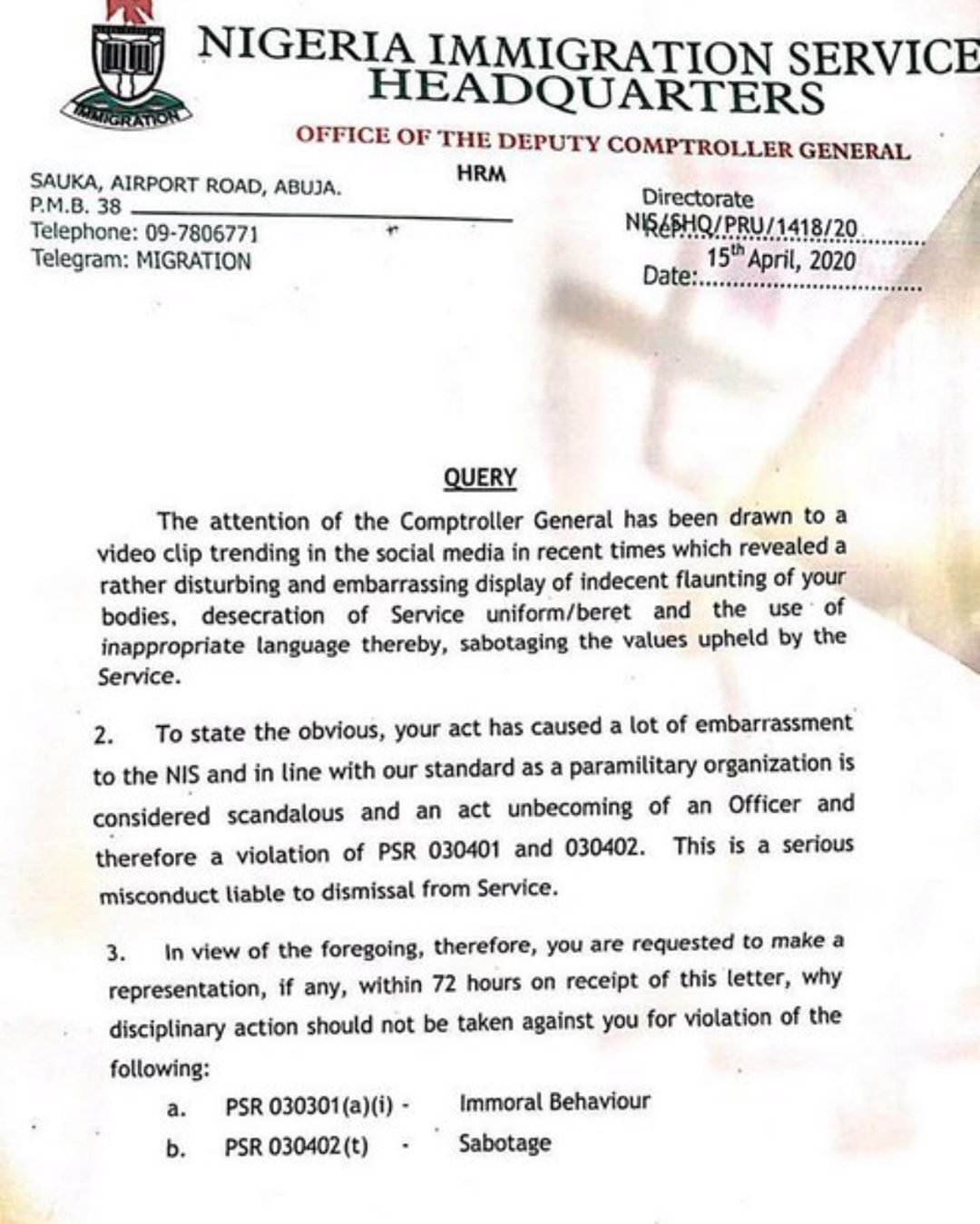 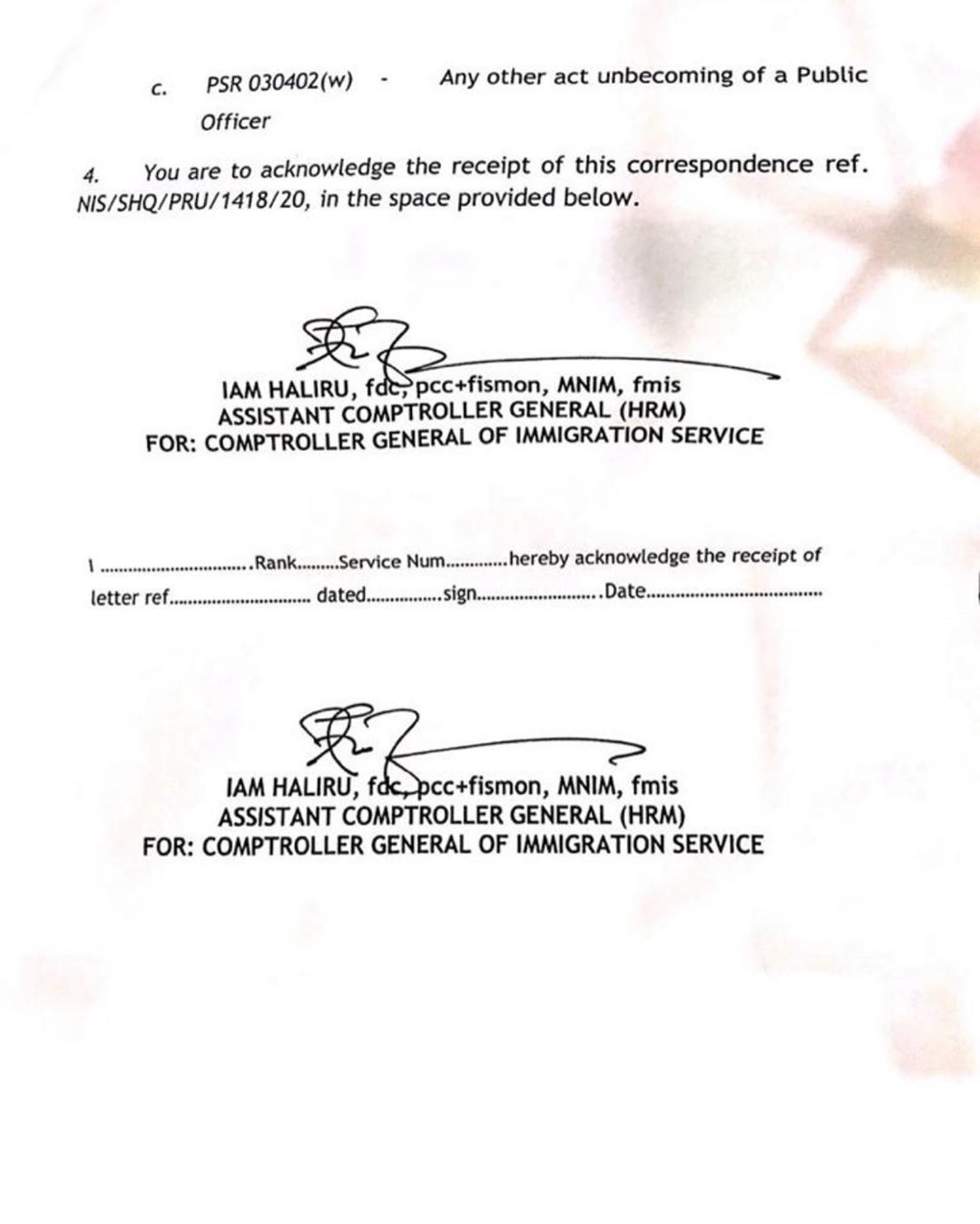 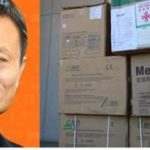