A furious Nigerian pastor has warned the Federal Government to shutdown the ongoing Big Brother Naija reality Tv show, warning that he will use his spiritual powers to stop the show if it continues. 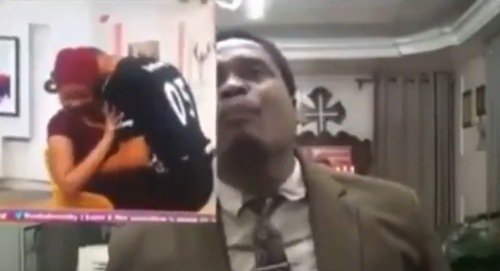 In a video record, the man of God wondered why the BBNaija show has been allowed to go on despite the situations of things in the country.

He noted that a lot of students have been forced to stay at home due to the coronavirus pandemic and most of them have resorted to spending their time watching the reality show which he said is corrupting their moral upbringing.

The cleric called on the federal government to do something about the reality show which is still running.

“I am not happy, the government of the federal republic of Nigeria wake up. Something must be down about this BBNaija of a thing; this is not the time for it,” the cleric said.

At some point of the clip, the man of God threatened to use his spiritual powers to destroy the reality show if the government does not heed his call to do something about it. He said:

“If the government does not shut BBNaija down, I will shut them down by force. With my spiritual capability, I can do it.”