Africa’s richest man, Aliko Dangote has distanced his company from any involvement in the smuggling of Almajiris from the Northern part of Nigeria to the South East. 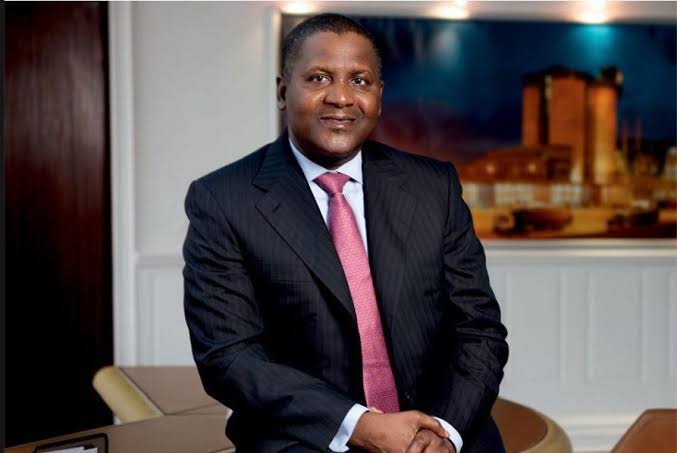 This was contained in a letter addressed to the President General of Ohanaeze Ndigbo, Chief John Nnia Nwodo, dated May 27, 2020 and entitled, “Allegation of illegal haulage against Dangote Industries Limited,” profusely denied any involvement.

Nwodo had recently alleged that vehicles belonging to Dangote Industries were notorious in transporting northern youth to the South-east and advised the company to halt it.

But Dangote in letter signed by the Group Chief Branding and Communications officer, Mr. Anthony Chiejina, said “it categorically denies these spurious and misleading allegations, and hereby calls upon the public to disregard such report.”

ALSO READ: “It’s An Insult For Me To Be Struggling With Cows On The Road” – Governor Umahi Bans Movement Of Cattle In Ebonyi

The company, however, solicited the assistance of the general public in the fight to rid the organisation of illegal haulage activities being perpetrated by some unscrupulous persons using its trucks.

According the company, the Dangote trucks are permitted to transport only the following materials: Dangote Cement, limestone, high-grade Gypsum and coal as well as Sugar, Dangote Salt and Dano seasoning and Dangote- branded sacks and bags.

Chiejina also appealed to members of the public to report any defaulting trucks to the management of the group.

“The police and/or law enforcement agents are also authorised to arrest any Dangote driver involved in such illegal act,” he stated.

He added that only two persons – the driver and his assistant are authorised to be in their truck at any time.

Meanwhile, Ohanaeze Youths has given almajiris a 14 days ultimatum to completely evacuate from South-East or face the hostilities from Igbo youths.

Tony Ugochukwu: Nigerian Man Wrongly Imprisoned For 15 Years In US, Gets $10m Compensation