Ohanaeze Ndigbo and the Movement for Actualisation of the Sovereign State of Biafra (MASSOB) has slammed the Northern Elders Forum (NEF) over allegations of violence against Igbo people of South-Eastern region. 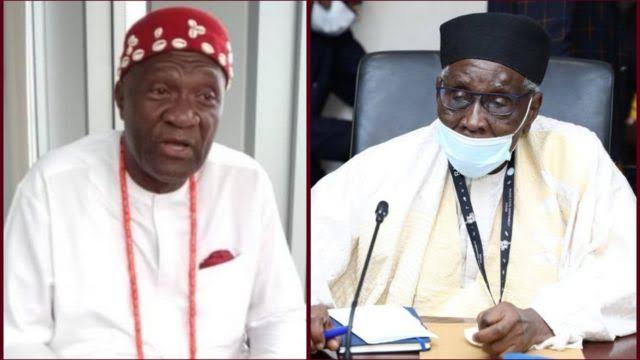 KanyiDaily recalls that the Chairman of NEF, Professor Ango Abdullahi, had alleged that Igbo people are responsible for perpetrating the most violence against Northerners in the Southern part of the country.

He warned that the attack on northerners resident in the South East during the #EndSARS protests was unprovoked and should not be repeated.

But in a swift reaction, President General of Ohanaeze Ndigbo, Nnia Nwodo, challenged Abdullahi to provide evidences Igbo people killed northerners during the #EndSARS protests to substantiate his claim, unless it was intended to incite another round of killing of Igbo resident in the north.

READ:  19-Year-Old Girl Sets Ex-Lover’s Girlfriend Ablaze After He Dumped Her Over Infidelity In Lagos

Insisting that with such comments, the Igbo in the north were not safe, Nwodo reminded Abdullahi that on the contrary, the Igbo have borne the brunt and have been victims of misguided attacks by their northern ‘brothers’ at the slightest disturbances in the country.

“Sometimes Ndigbo are attacked and killed even as a result of events outside the country, and no restitution has been made for such losses as far as we can remember,” he said.

Nwodo lamented that the Igbo had lost property worth trillions of naira to attacks in the north, yet they were the catalyst of development and the unifying cord that held Nigeria together.

On its part, MASSOB in a statement issued by its leader, Uchenna Madu, said it was not in the nature of the Igboman to hurt non-indigenes resident in their domains, stressing that on the contrary, Arewa people had killed the Igbo on several occasions in the north.

MASSOB said as a result of the divide and rule syndrome, disaffections and brotherly discord by some Arewa leaders “parasites against people of eastern region are no longer fashionable and workable, because the present generation of ethnic nationalities does not favour political enslavement by the northern oligarchy”.

It described Abdullahi as an expired political parasite that could no longer withstand the future political reality that would eventually change Nigeria’s political narrative.

The group also claimed that Abdullahi was the worst thing that has happened to the people of Arewa because he denied the Arewa Youths quality education, human development, economic stability and freedom from religious slavery.

KanyiDaily recalls that a Northern leader, Senator Muslihu El-Jibrin Doguwa, had claimed that igbos will cry if they are allowed to break out from Nigeria. 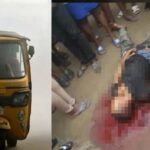 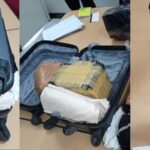