The Northern Elders Forum (NEF) has called for the resignation of President Muhammadu Buhari following the mounting security challenges in the country.

The Forum made this call while reacting to the gruesome murder of about 43 rice farmers by Boko Haram terrorists at Zabarmari in the Jere Local Government Area of Borno State last Saturday.

The Director of Publicity and Advocacy of the Forum, Dr. Hakeem Baba-Ahmed, in a statement issued Tuesday, lamented that the lives of Nigerians no longer have value under Buhari’s administration.

The Northern Elders added that President Buhari should honourably vacate the seat of power due to his inability to protect the lives of Nigerians.

“These particular killings have been greeted by the most insensitive response by spokespersons of the president. The lame excuse that farmers had not sought permission from the military to harvest produce merely exposes the misleading claims that our military had secured vast territories from the insurgency.

“Under this administration, life has lost its value and more and more citizens are coming under the influence of criminals. We do not see any evidence of a willingness on the part of President Buhari to honour his oath to provide security over Nigerians.

“In civilised nations, leaders who fail so spectacularly to provide security will do the honourable thing and resign,’ the statement partly reads.

Meanwhile, the Senate has asked President Buhari to sack the current Service Chiefs and replace them with new ones with fresh ideas and solutions on how to tackle the growing insecurity in the country. 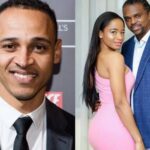 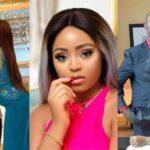