Nigerian Senate has asked President Muhammadu Buhari to immediately sack the current Service Chiefs and replace them with new ones with fresh ideas and solutions on how to tackle the growing insecurity in the country. 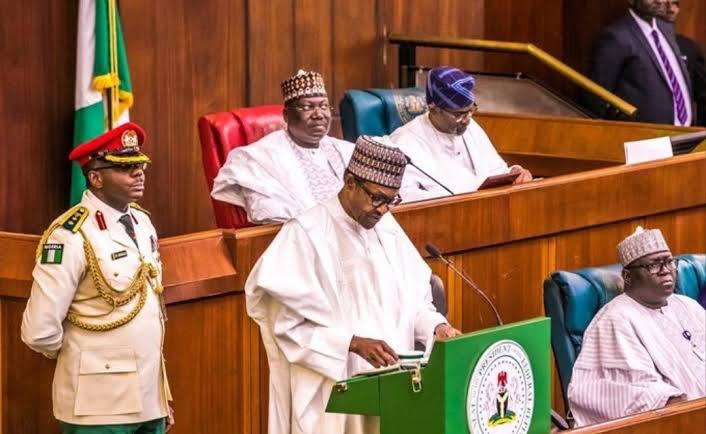 This was one of the many resolutions that the lawmakers adopted on Tuesday, December 1, 2020, in a nearly hour-long deliberation on insecurity across the country and the recent killing of 43 farmers in Borno State.

The Senator representing Borno Central District, Kasim Shettima, who presented a motion on the recent killings in Borno, said the Nigerian military and other security agencies have not been able to quell the insurgency affecting the region in spite the slogan by government officials that the insurgents have been technically defeated.

During the lengthy deliberation, lawmakers took turns to condemn Saturday’s massacre as well as other killings in the country.

While some praised the president for doing his best, a few others said his best was not good enough. Some lawmakers also called for more funding for the Nigerian military.

The Senate susquently asked the President for the third time to sack the Service Chiefs who they said are bereft of new ideas to tackle insurgency.

In January, they called for the sack the service chiefs. A similar call was made in July. The resolutions on both occasions were borne from debates on insecurity.

Even as the Senate made that call, the House of Representatives have resolved to invite president Buhari to come and answer question about the security situation in the country.

The resolution was also reached at Tuesday’s plenary when the House considered a motion moved by members from Borno on the recent massacre of 43 rice farmers in the state by Boko Haram insurgents.

The debate initially got rowdy after the Speaker, Femi Gbajabiamila, appealed that it would be inappropriate and counterproductive to invite the president.

Efforts by Gbajabiamila to have the motion dropped proved abortive. His plea that a state of emergency be adopted instead was also rebuffed.

After strong opposition by some members of the House and executive session was held, Representative Ahmed Jaha, who is one of the sponsors, moved an amendment to invite the President to brief on the security situation in the country.

His amendment was seconded and unanimously adopted, though no date was set to invite President Buhari to address members in plenary over the security crises across the country.

KanyiDaily had earlier reported that suspected bandits killed seven farmers, including a nursing mother, and abducted 30 villagers in Katsina State on Monday.

The Katsina killings is coming 24 hours after Boko Haram terrorists beheaded 43 rice farmers in Borno State, less than 20 km from Maiduguri, where Nigerian Army has used as headquarters in the ongoing war against insurgency.