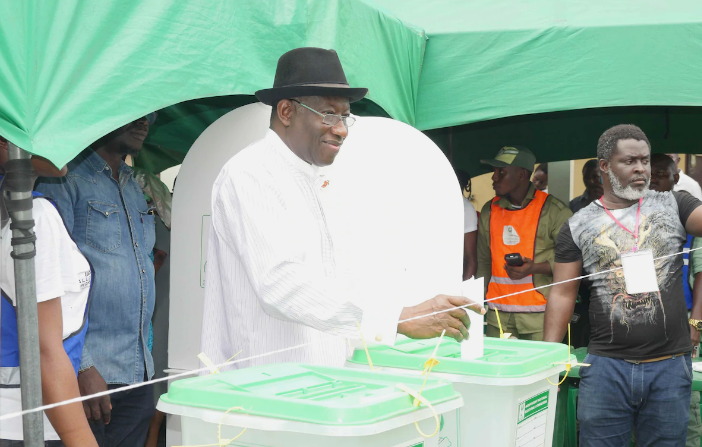 Former President Goodluck Jonathan and his wife, Patience Jonathan have cast their votes in the ongoing governorship election in Bayelsa state.

The former president and his wife voted at about 11:30 am on Saturday, November 16, 2019, at ward 13, polling unit 39 in Otuoke, Ogbia local government area of Bayelsa.

Speaking to journalists after casting his vote, Jonathan expressed disappointment at the electoral process, particularly the delay in commencement of the voting.

He condemned the electoral process saying the situation is different in other countries where he has monitored their elections. Jonathan said:

“Let me use this moment to call on the people of Bayelsa and Kogi states to make sure the election is peaceful.

“If we really want good leaders, then we the followers must conduct ourselves in the manners that are peaceful. Nigerians we are so quick in blaming the people in authority without blaming ourselves.

“Look at even this voting, I was here 19 minutes past eight and the election was supposed to start at 8am.

“I have led observation missions in other African countries and we used to go there about 30 minutes before starting, and in our reports, we’ll state exactly when the vote starts. Anything after that time is an indictment.

“There’s no reason why elections here couldn’t start at 8 o’clock. But at 19 minutes after eight, there was nobody, all the people in charge of this election are very young people.

“So you the youths should stop blaming old people. You yourselves you need to blame yourselves. You must do things properly.

“So, we Nigerians, we must begin to look inwards and ask ourselves, what is our problem? Can we begin to do things properly?

“We cannot continue to do things awkwardly and expect the best.

“Everybody must do his work as expected. I’m a bit disappointed with what I’ve observed. It’s nothing compared to what I observed in other African countries.” 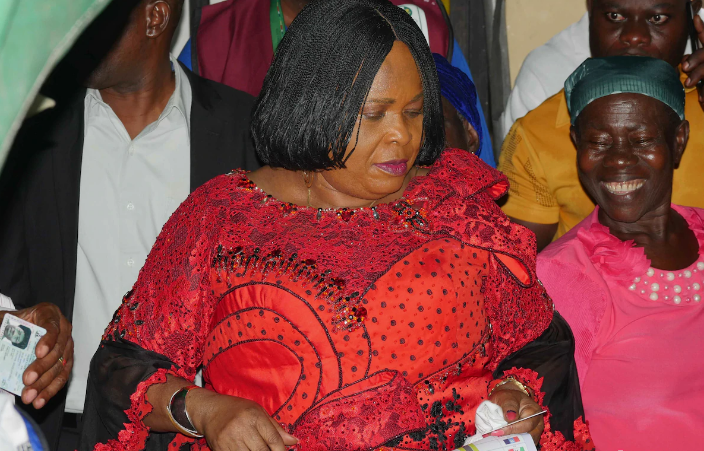 A senior electoral official, Ukuachukwu Orji, who is the INEC supervisory resident electoral commissioner for Ogbia LGA, said members of the Ologi community forcibly prevented election in the riverine area. 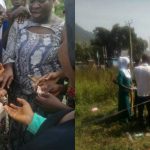