The Media Mogul was returning to the country, after seeking medical treatment in Dubai, when he was arrested, around 4 pm.

AIT confirmed the arrest via its Twitter, saying that, no reason was given for the arrest. However, the order to have Dokpesi arrested came from above. The order was to seize the media executive as soon as he arrived in Nigeria, an immigration officer told AIT.

An immigration officer says Chief Dokpesi is on FGN security watchlist and have instructions from above to arrest him on arrival.

“Breaking: Chief Raymond Dokpesi has been arrested at the Nnamdi Azikiwe Airport, on return from medical treatment/operation, at the American Hospital, Dubai. Reasons have not been given yet for the arrest.”

“An immigration officer says Chief Dokpesi is on FGN security watchlist and have instructions from above to arrest him on arrival.”

Raymond Dokpesi, who is standing trial for allegedly receiving N2.1 billion from the office of the national security adviser (NSA) during President Goodluck Jonathan’s tenure, has reportedly described the allegation against him as an “imagination of the current administration”.

He believes it is a mischievous effort to tarnish the image of the People’s Democratic Party (PDP), the political platform he associates with. 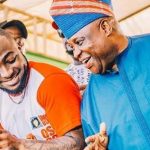 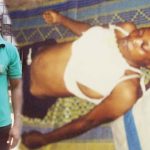