Ekiti State Governor, Kayode Fayemi has appointed man in trending video, who rejected his son for for breaking the coronavirus lockdown rule. 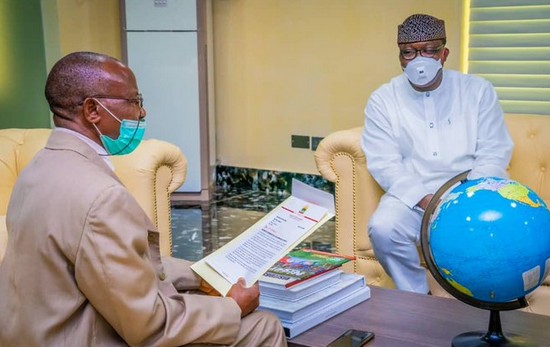 KanyiDaily had published a viral video that shows a man insisting that his son, who returned to Ekiti from a Lagos trip, must be isolated for 14 days before he would be allowed into his house.

The man identified as Mr. Adeoye, who is a former road safety officer, was appointed as a COVID-19 Response Ambassador in Ekiti.

Governor Fayemi made the appointment known in a tweet on Thursday afternoon, stating that Mr. Adeoye represents the kind of self-discipline, selflessness, and sense of collective responsibility that Ekiti State and Nigeria need desperately today to progress.

“Today, I appointed Mr. Adeoye, father of the young man who sneaked into Ekiti state, as a COVID-19 Response Ambassador in Ekiti State.

“I am proud of Mr Adeoye as a principled Ekiti man and I salute his courage in helping us keep Ekiti safe.

“Mr. Adeoye will help to propagate the message as a member of the COVID-19 Task Force @Ekiti_COVID19 in the State”

The government further stated that Ekiti State will in future recognise Mr. Adeoye’s valour as an example of the rebirth of Ekiti Values Orientation which is the central focus of Governor Fayemi’s administration. 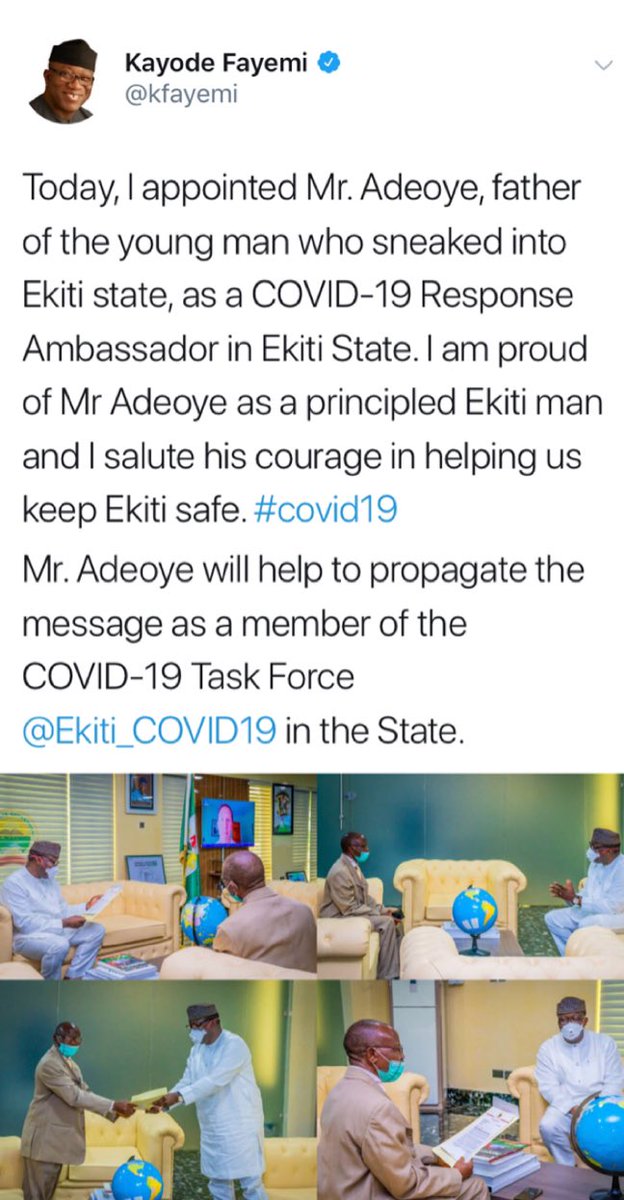 Meanwhile, Governor Fayemi has ordered all “non-essential” workers in both the private and public sector to work from their homes as part of the efforts to check the spread of coronavirus. 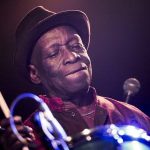 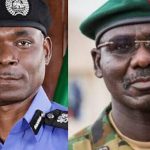