Catholic Bishop of Ekiti Diocese, the Most Rev. Felix Ajakaye, has advised Governor Kayode Fayemi to appoint the right people to help him better the life of the electorate, and warned him against appointing people that will be more powerful than him (Fayemi) into positions of responsibility.

The Bishop said Fayemi’s second coming to power offered him an uncommon opportunity to make a difference in the lives of the people of the state.

The cleric gave the admonition on Sunday at a Thanksgiving Mass held at St. Patrick’s Catholic Cathedral, Old Garage, Ado-Ekiti as part of activities to mark Fayemi’s inauguration.

Fayemi, at the service, took the first reading from the book of Isaiah Chapter 60 Verses 1-6. The service featured songs, prayer for Ekiti State, prayer for Nigeria, thanksgiving and Holy Communion.

The governor promised to carry the people along in all policies of his administration and also pledged to make a difference in their lives.

Fayemi also said his administration will not discriminate in serving all Ekiti people saying:

“he is in government to serve and not to be served.”

Ajakaye, in his homily, also urged Fayemi to put an end to government sponsorship of people to holy pilgrimages which he said are being used by some individuals for their selfish ends.

He also commended the governor for abolishing the education levy imposed by the immediate past administration on pupils on both private and public schools in the state.

The Bishop said Ekiti Catholic Diocese challenged the imposition of the levy in the interest of the people even though the State High Court struck out the case on technical grounds.

He disclosed that the Court of Appeal, to which the church filed an appeal had returned the case to the lower court for reassignment to another judge for fresh hearing.

Ajakaye said despite the fact that Fayemi had announced the cancelation of the levy, the church would still follow the case to a logical conclusion because “a Pharaoh may rise in the future who may not know Joseph.”

Describing Fayemi and his deputy, Egbeyemi as a “united team and co-travellers in the journey of restoration,” Ajakaye said they need patriotic, committed and trustworthy people who will assist them to lift Ekiti higher. 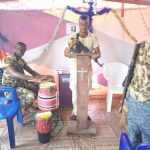 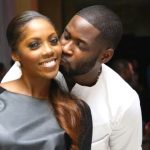