The new coverage area, which now stretches to the two toll-gate areas, including the Lagos-Ibadan Expressway and the Asejiri end of the Ibadan-Ife Expressway, is to help in security as well as traffic management.

The governor who commissioned the facilities on Thursday, June 18, 2020, revealed that the entire system has been reconfigured and that the state has acquired license for the software for life and would no longer pay internet access fees of N3.5 million/month.

In a statement on his Twitter page, Makinde noted that vehicular traffic and even number plates of vehicles will be monitored through the crime alert platform built into the Oyo State website.

According to him, everyone can log into the website, free of charge, and once they complete the process, with just a press of the button they can alert operatives of crimes, their location & visuals will show up on the system.

“This evening, we recommissioned the expanded Security Control Room and City Watch facilities at the Oyo State Security Trust Fund Headquarters, Onireke, Jericho, Ibadan. I reiterated our administration’s commitment to making Oyo State safe and secure for all within its borders,” he said.

“For those familiar with my statements during my campaign trail, you’ll recall that I was going to scrap this entire architecture because the it was like a white elephant project. But I was convinced to give it another shot and today we have been rewarded with a functional centre.

“The entire system has been reconfigured so that we no longer need to pay internet access fees of N3.5 million/month. Also, we have acquired the license for the software for life so no longer need to run the trial version we met. This facility now wholly belongs to Oyo State.

READ ALSO  Married Pastor Impregnates Chorister, Then Made His Childless Elder Brother To Adopt The Baby

“We have also expanded the facilities so that the security operatives including the police and civil defence can work from there. At the moment, the cameras in eight locations are working. These include the Lagos-Ibadan Express Road and the Asejire axis.

“With this system, we can easily monitor human and vehicular traffic and even capture number plates of vehicles.

“Also, a crime alert platform has been built into the Oyo State website. Everyone can log into the website, free of charge, and once they complete the process, with just a press of the button they can alert operatives of crimes, their location & visuals will show up on the system.

“Additionally, we have set up a Governor’s Monitoring Unit and a Crime Alert Unit. Vehicles are also positioned at the Security Trust Fund Headquarters so that the operatives can respond in real time to any crime reports.”

Meanwhile, KanyiDaily had also reported that Governor Makinde announced that his government will introduce an identification card for every commercial motorcyclists as part of measures to check crimes and influx of bad elements into the state. 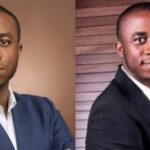 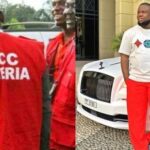