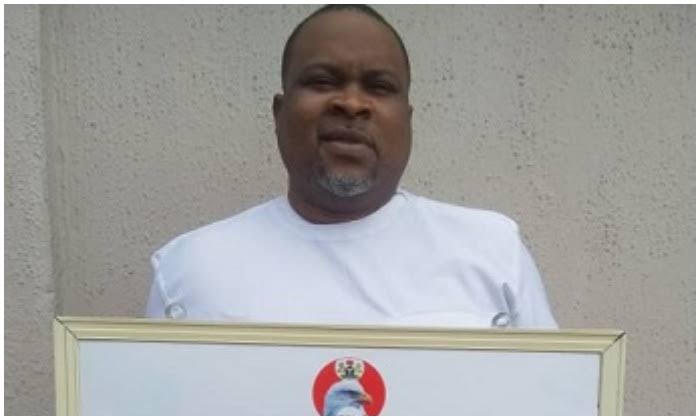 Onwuzuruike was arrested on January 26, 2020, at his residence along Uzuakoli Road, Umuahia, Abia State, following intelligence received by the EFCC on his alleged fraudulent activities.

Investigation revealed that Onwuzuruike falsely presented himself as one Jeff Sikora, President/CEO of Prime Trust Credit Union Bank based in the United States of America, through which he was alleged to have swindled his victims to the tune of $8,502,000.

The suspect allegedly defrauded an Egyptian of the sum of $6,500,000.00 on the pretext that he was a beneficiary of Inheritance Funds in a fixed deposit account of Prime Trust Financial Bank.

The defendant also allegedly collected the sum of $2,000, which was transferred to him by his accomplice, one Obi Taxas (who is now at large) as part of his share of the crime proceeds.

Onwuzuruike was arraigned by the EFCC on Tuesday, June 30, 2020, before Justice A.T. Mohammed on eight counts bordering on conspiracy, impersonation, forgery, possession of proceeds and obtaining money by false pretence.

One of the counts reads, “That you, Onwuzuruike Ikenna Kingsley (aka Jeff Sikora), on or about the 28th day of December, 2019, at Umuahia, Abia State, within the jurisdiction of this honourable court, with intent to defraud, did obtain the sum of $6,500,000 through web transfer from one Mr. Selah Elnagar Ali Ahmed, a citizen of Egypt, with the pretence that he is a beneficiary of inheritance funds in a fixed deposit account of Prime Trust Financial Bank, USA, a pretext you knew to be false and thereby committed an offence contrary to Section 1 (1) (a) of the Advance Fee Fraud and other related offences Act, 2006 and punishable under Section 1 (3) of the same Act.”

However, when the charges were read to the defendant, he pleaded not guilty. His defence counsel, R.E. Wanogho, told the court of a pending application for the bail of the defendant.

The prosecution counsel, M.T Iko Iko, immediately announced his opposition to the application on the grounds that he was only “served this morning” and needed time to respond to it.

Justice Mohammed adjourned the matter till July 3, 2020 for hearing and ordered that the defendant be remanded in EFCC custody.

KanyiDaiky had also reported how the EFCC arrested 42 persons, whose ages range between 18 and 33 years, for alleged involvement in internet-related fraud in Ogun.

READ:  LASU Student Dragged To Court For Raping Two Muslim Virgins At Gunpoint In Their Apartment 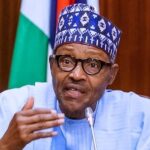