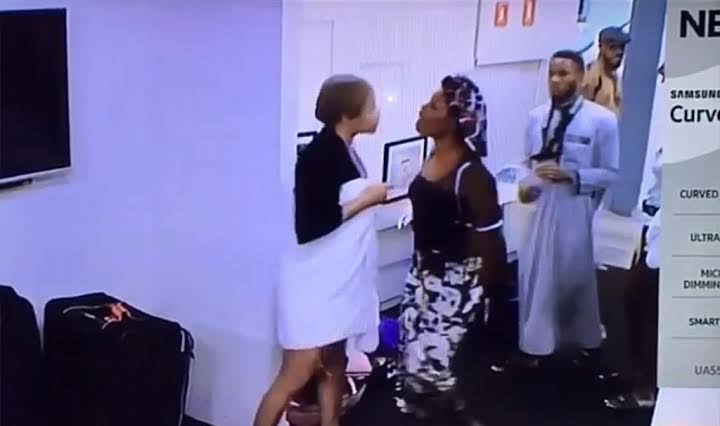 According to reports, Kaisha was helping Nengi with her water because she met the electric kettle turned off, but Nengi came and said it wasn’t off.

While accusing Kaisha of turning off the electric kettle she plugged, Prince waded in, asking the former what transpired, but before Kaisha could reply, Nengi started calling her a bastard, fool and all sorts.

Kaisha then took to defend herself, slamming Nengi back. According to her, Nengi is a useless attention seeking girl, who needs to work on her face. 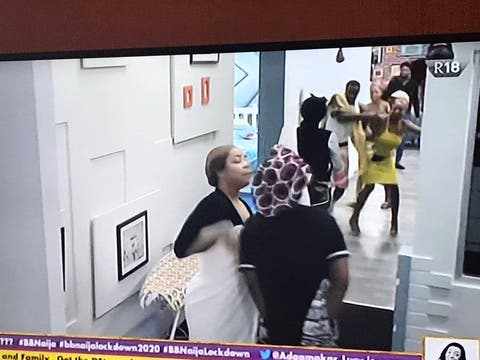 As the fight continued, housemates tried to separate the duo but Lucy was seen standing in the way and stopping them with all of her body. Neo managed to get past her and others too, and Nengi walked out and in on her rival.

The feud continued, although Neo and Brighto succeeded in separating the duo. TrickyTee and Neo had Kaisha sit, but Nengi was still heard shouting at the former.

READ:  "Give Afrobeats What It Deserves" – Naomi Campbell Slams Grammy For Snubbing Wizkid

”You are f**king stupid girl with a fake yansh” – Kaisha

Sooo why did lucy stop Neo from separating Nengi and Kaisha?🤣🤣🤣🤣Lucy is a devil cos it seems she wanted them to have a real fight #BBNaija pic.twitter.com/jUGtqXTQGY

This fight between Nengi and Kaisha is sweet o

Nengi: Kaisha go and work on your character

Kaisha: Go and work on your face like you worked on your Ass

KanyiDaily recalled that last week, Lucy and Nengi had engaged in a heated argument which resulted in the two women hurling dirty insults at each other. 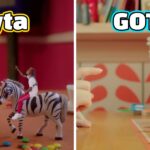 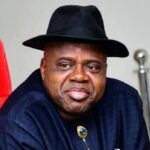