19-year-old suspected serial killer, Sunday Shodipe, has been accused of murdering another woman shortly after he escaped from police custody in Ibadan, Oyo State. 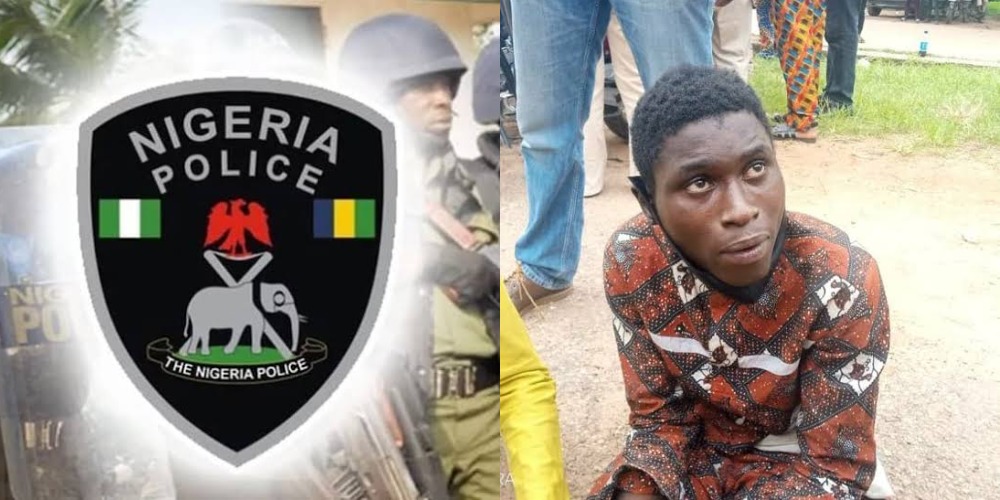 Following his escape from prison, the serial killer was said to have sneaked into the room of a woman identified as Funmilayo (Iya Ibeji) and smashed her head with an object believed to be a cutlass on Saturday afternoon.

SaharaReporters gathered that a friend of the victim alerted neighbours, who rushed Funmilayo to a private hospital, where they stitched her head but later referred her to the University College Hospital because of the severity of the injuries.

After stitching her head, she was also rejected because of lack of bed space. The victim was later transferred to Adeoyo Hospital at Ring Road where she died as a result of lack of proper medical attention to save her life.

READ:  "I Made N10 Billion In 7 Years" – Ubi Franklin Says As He Reveals His Biggest Money Mistake

An eyewitness, who is also a friend of the victim, Medinat Amusat, while speaking with SaharaReporters, said:

“We were together outside the house around 12:00pm before we went to take our bath. When I finished taking my bath around 3:00pm and i came out to cook but suddenly the children in the compoundcame and told me that snake has bitten Iya Ibeji.

“I rushed to her room and i saw her in the pool of her blood with her face wrapped with cotton and blood was still gushing out from her head. I quickly raised alarm and called the neighbours and we rushed her to a private hospital.”

Father of Baraka Bello, one of the victims of the suspect, who also rushed to the scene of the incident, narrated how a relative told him that Shodipe was the killer of his daughter. He said:

“A relative called me that Shodipe was sighted at Akinyele Elewure Market but i said that is not possible. But when they insisted that they saw him, I have to go there by myself.

“When I got there he has left but those who saw him showed me his picture on their phones. I went to meet the king Alakinyele of Akinyele and narrated the story meanwhile the king could not believe my story too until he put a phone call to a senior police officer in Iyaganku police station who confirmed to him that the suspect has escaped from their custody three days back.”

READ:  Who is Colonel Malick Diaw?

The Alakinyele of Akinyele, Oba James Odeniran, who condemned return of ritual killings in the town, said the father of Barakat Bello informed him that he saw Sodipe in Akinyele town. He said:

“I was surprised. It was after the incident here that the man called Baba Barakat came to my palace to tell me that the boy that killed Barakat, he saw him at Elewure in this Akinyele yesterday and today. I said no, I can’t believe it. He said he saw him and I said no. I sent the palace boys to go and investigate where they said they saw him, they came back to tell me that it was true. The problem with our people is that by the time they saw that boy, they did not inform anybody. I was not informed.

“Later, I phoned somebody that I learnt this boy has been released and he said no, the boy escaped from police custody. The boy escaped from police custody and nobody was aware? I said he has done another thing in Akinyele, he has killed somebody again. They said we should find means of apprehending him. Since that yesterday, I called all the youths. Then, all the Soludero Hunters and we sent them out to be on the lookout for that boy. Since yesterday evening, up till this morning, we could not locate the whereabouts of that boy.”

The situation led to a protest in the area on sunday morning by the youths in the local government, protesting the return of ritual killings and the alleged escape of Sunday Sodipe who was arrested by the police on 17th July, 2020.