A young lady based in Port Harcourt has been arrested and dragged to court for allegedly duping a businessman the sum of N8,500 meant for her transportation to visit him in Aba.

According to reports, the 33-year-old business man simply identified as Chukwudi said he met the 22-year-old Queen Benita on Facebook last year.

The Port Harcourt based lady was said to have agreed to visit him in Aba on the 10th of October 2019 and lured him to send N8,500 to her Access Bank Account as transport fare.

Chuckwudi’s Lawyer, Ken Ukpai Esq said the act was a calculated measure to defraud his client and in separate petitions to the force headquarters and the court, Ken demanded the compensation of N850,000 for his client.

READ:  Terrorist Caught Near US Embassy In Abuja, Explosives Found At Compound Housing US Citizens

The lawyer argued that if his client had invested the N8500 in his business since on 10th October, 2019 (About 10 months), he would have made more that the demanded compensation.

He said as far as the law is concerned whether the amount paid is a gift or a contract, the two entered into a binding contract.

It was gathered that the case was adjourned and Queen Benita is still in custody as at the time of filling this report.

Meanwhile, KanyiDaily had also reported how a young lady was arrested for stabbing her friend to death after catching her with a man they both love. 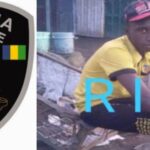 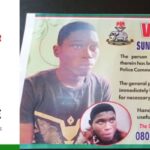