A young lady identified as Ludivin Kamga who stabbed her friend on to death after catching her with a man they both love has been arrested.

According to reports, the rivals crossed parts when Kamga visited the man and met her friend with – perhaps as a result of jealousy, they both engaged her in a fight after hurling insults at each other.

Only the accused was victorious at the cost of a life because, during the fight, the young lady was said to have stabbed her friend in the neck as people around gathered and rushed the injured woman to the hospital, but unfortunately she died there following a neck injury.

The shocking incident happened few days ago at Bafoussam in the Western Region of Cameroon.

The young lady has been arrested by the police and taken to the station for further interrogation. 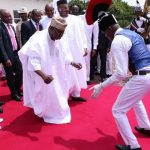 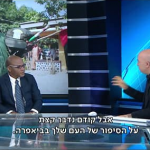