A 48-year-old married man with two kids has reportedly gone into hiding after allegedly raping a 6-year-old girl in an uncompleted building in Ogboji, Orumba South LGA, Anambra State.

The suspect identified as Mr. Chikaodi Unanah, allegedly lured the underage girl named Onyinyechukwu – into the uncompleted building where he removed her pant and penetrated.

It was gathered that little Onyinyechukwu cried to her house after the act and her grandmother discovered that she was raped before rushing her to a government owned health centre in the area.

According to human rights activist Gwamnishu Emefiena Harrison, the suspect has gone into hiding to evade arrest and only one Mr. Nwike Ofoezie knows his whereabouts.

It was also revealed that he paid N10,000 and pleaded with Onyinyechukwu’s grandmother to let the issue die. 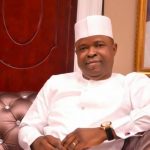 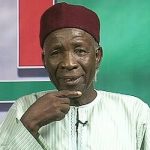